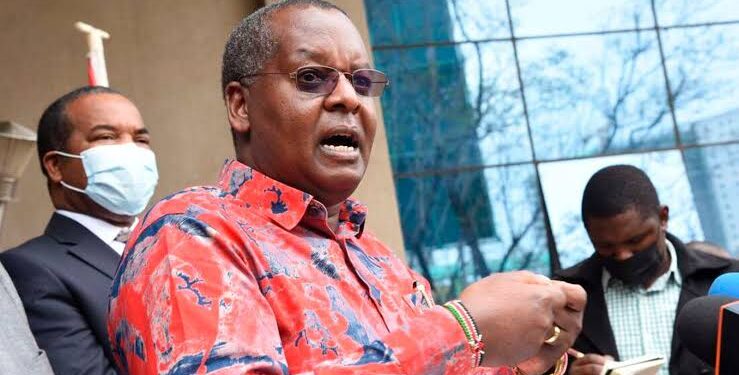 Kipipiri Member of Parliament Amos Kimunya has conceded defeat as the Independent Electoral and Boundaries Commission (IEBC) continued with tallying of results.

Moreover, Kimunya, who is the current Majority Leader in the National Assembly, said he respects the will of the people of Kipipiri.

He added that the decision they made is not what he expected.

“In a democracy, the will of the people prevails, and therefore I will respect their choices. We extend our congratulations to the winners,”  Kimunya stated.

Likewise, the legislator thanked his constituents for according him the opportunity to serve.

“We appreciate that life is dynamic, shaped by constantly emerging and often surprising circumstances. We did our best, we are proud of our achievements and history will never be erased,” he added.