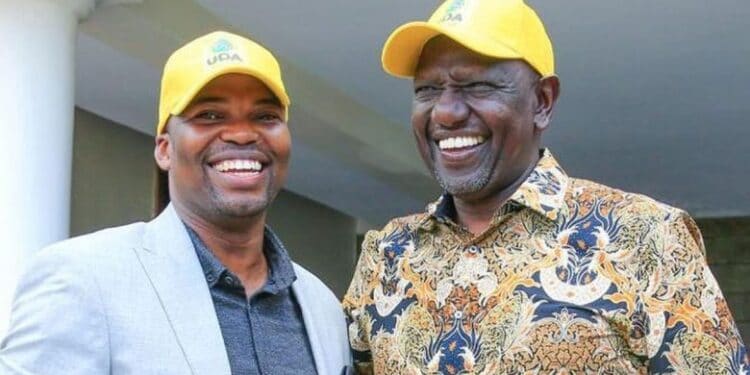 Five days after he dropped out of the South Imenti parliamentary seat, Churchill show comedian Jasper Muthomi popularly known as MC Jessy now says that he will contest for the national assembly seat in the August 9 polls as an independent candidate.

However, the move by the comedian-turned politician now means that he will be battling out other candidates who are eying the same seat including UDA’s Kathara.

“Sent like an arrow from a mighty man’s hand. We keep going….. Bado Tuko kwa race. Let’s do this South Imenti, 9th August it is,” Mc Jessy said in a statement Monday.

Last week, Ruto said in a statement that the Churchill Show comedian will be part of his presidential campaign team ahead of August 9, elections.

“MC Jessy (Jasper Muthomi) will join the presidential campaign team after postponing his parliamentary bid in favor of Mwiti Kathaara for the South Imenti Seat,” Ruto said in a statement.

MC Jessy joined the Hustler movement on January 19 after throwing the hat into the political ring.

Elsewhere, Nairobi Women Representative Esther Passaris has dismissed claims that she had dropped out of the August 9 race.

Passaris termed the reports as malicious and false.

“My attention has been drawn to malicious and false allegations purporting that I have stepped down from defending my seat. Nothing could be further from the truth. Serving the People of Nairobi as their Woman Rep. has been a great honor, and I intend to continue this noble journey,” she said.