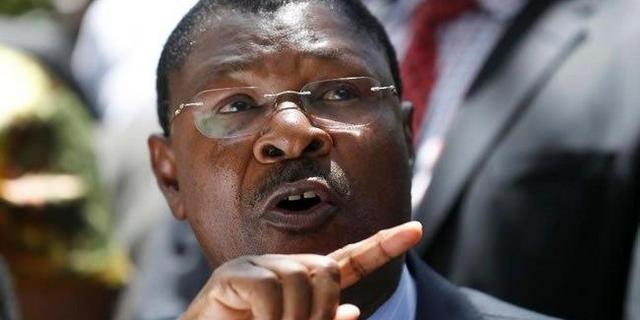 Moses Wetangula has been declared the next National Assembly Speaker.

Wetangula under the Kenya Kwanza garnered 215 votes against his competitor Kenneth Marende under the Azimio la Umoja Coalition who got 130 votes on the first round.

The first round failed to give a clear winner as the constitution clearly requires the winner to have at least two thirds of the total votes.

Kenneth Marende conceded defeat and withdrew from the second round of voting.

The Ford Kenya party leader had been nominated under the Kenya Kwanza Coalition for the seat which left him no choice but to resign as the Bungoma Senator-elect.

The National Assembly election happened on Thursday evening after members of parliament took oath of office.

Earlier before the voting process, the Ruaraka lawmaker TJ Kajwang’ tried to rule out the candidature of Wetangula. “The Speaker to which he delivered his resignation letter (as Senator) was already a governor… Wetangula is not eligible to become a Speaker,” argued Kajwang

The Kenya Kwanza side however were quick to defended his eligibility.

“Moses Wetangula ceased to be the Senator of Bungoma on the 9th of August… before he submitted his resignation, Wetangula has been a senator-elect and therefore not a state officer,” Aden Duale stated.

Wetangula will be succeeding Justin Muturi

S.Africa to Swallow Part of Eskom’s Debt to Keep it Afloat