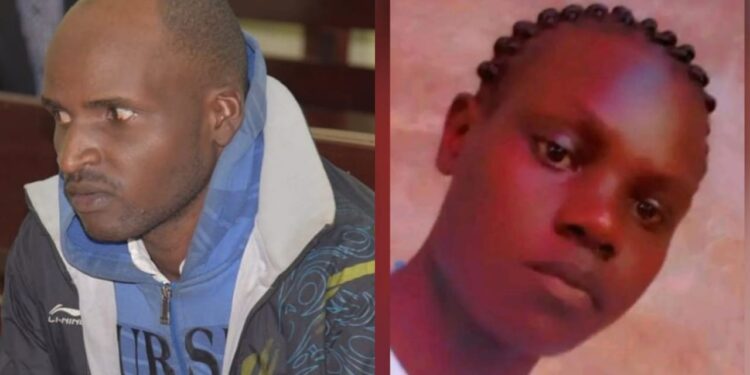 Ezra Kipkemei Kemboi has confessed to the murder of Phyllis Jepleting Jeruto, a Karatina University student who was found dead at his home.

In court before Justice Theresia Matheka in Nakuru, Mr. Kemboi pleaded guilty to killing Ms. Jeruto on various dates between December 26th and December 31st in the Naka area of Nakuru Town.

Despite being informed of the severe consequences of his actions, Kemboi maintained his guilty plea. The judge noted that his psychiatric report revealed signs of depression and ordered that he receive counseling while in prison.

Phyllis Jepleting went missing a few days before Christmas and her body was discovered on January 1st at her boyfriend’s house in Nakuru. She had blood coming from her mouth, nose, and ears. She was a first-year student at Karatina University, studying for a bachelor’s degree in Education.

An autopsy conducted by Government Pathologist Titus Ngulungu revealed that the young woman died from asphyxiation caused by manual compression of the neck.

Ezra Kipkemei was the main suspect in the murder and was in hiding until the police launched a manhunt and arrested him.