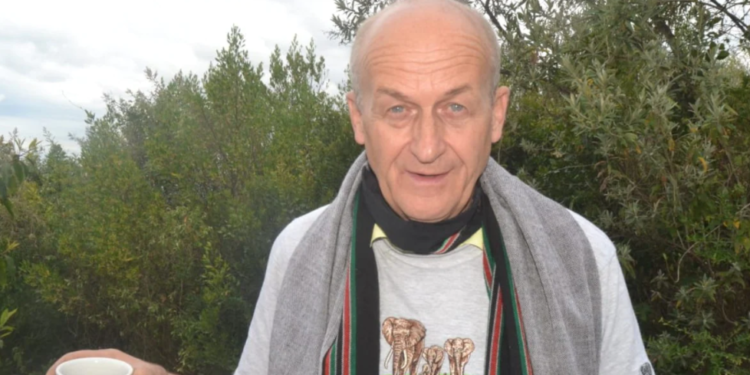 German Tycoon, Reiner Hans Hermann Kreplin, wants police to hunt down his girlfriend whom he claims stole millions from him.

The threats came after his Kenyan girlfriend disappeared after allegedly stealing 40,000 Euros from his Villa, Harbour Cottages, in Malindi, sometime in September last year.

He alleges that 24-yr old Mercy Adhiambo Achieng, whom he lived with, stole the money before disappearing, and is now receiving death threats from anonymous people, forcing him to vacate his residence and move town to town over fears his girlfriend put a target on him with a gang.

“I have been forced to abandon my house after this incident and the messages I am receiving are from strange people. I feel that someone is trying to eliminate me.”

Mr. Hermann came to Kenya in January 2019 as a tourist from Ethiopia, where he initially wanted to invest.

He says he had just flown in to Kenya with a huge amount of cash with a view of purchasing a second villa at Harbour Key cottages, which he planned to co-own with Mercy.

He also was looking into investing KShs 5 million on an irrigation project and recycling plant in Ganze, Kilifi County.

Moved in After Dating a Few Weeks

Mr. Hermann met Mercy for the first time in January 2019, at the Amada Resort in Mtwapa, where she worked as a waitress.

He initially thought that they were in love, and moved her in to his house after dating her for a few weeks only to realize, she was materialistic, and was fascinated with money. This became apparent, even after having visited her family in Siaya to plan and make arrangements for marriage.

Last year, in September, the German national said they celebrated Achieng’s birthday in Zanzibar and they had a lot of fun together.

However, after they went back to Malindi, Mr. Hermann said he left the house one morning to get coffee at Osteria restaurant, and when he came back to their house she was gone.

“After 1 pm, I got suspicious. I waited for two days to lapse to report her missing.’’

He went to the Malindi police station, to make a report, where he was handed over to the tourist police, Mr. Hermann said.

When he went back to his villa escorted by two policemen, its when he realized that his  suitcase was broken into and 40,000 Euros, in foreign currency, he had stashed in it was missing.

“So, I had to say oops that’s a different case now. That must be a criminal case”

The German Embassy advised him to file a case against her but he feared it would take long a time to resolve.

He is now requesting the Kenyan government to protect him.

Mr. Hermann said police have not been able to track down and arrest Achieng, whose whereabouts remain unknown.

Changing Tides in the Media