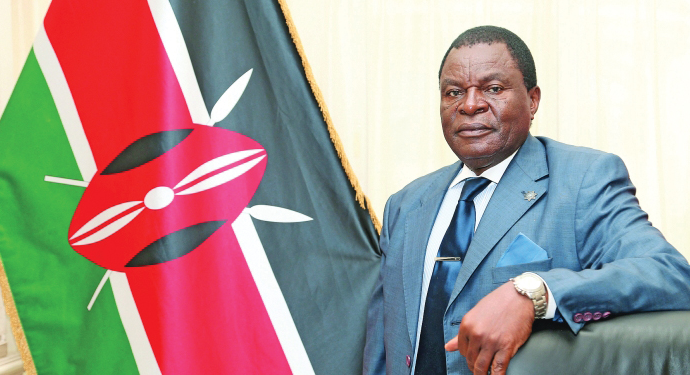 1k
SHARES
9.3k
VIEWS
Share on FacebookShare on TwitterShare on WhatsApp
In an official press release statement, the Embassy of the Republic of Kenya in Qatar has announced the passing away of H.E. Kenyan Ambassador to Qatar Patrick C. O. Ahenda.

It is with great sadness that we announce the untimely death of H.E. Amb. Patrick C. O. Ahenda, Ambassador of the Republic of Kenya to the State of Qatar.

His Excellency was admitted at Hamad Hospital due to heat stroke and unfortunately, he succumbed to his death at 3:00 am on 4th April 2022.

In this trying period, we welcome your prayers and ask that you use this time to reflect on his life. He will be dearly missed, and we know that this loss is deeply felt by many Kenyans in Qatar.

President Uhuru Kenyatta sent a message of condolence to the family, relatives, and friends of Kenya’s Ambassador to Qatar, Patrick ‘Paddy’ Cornel Odero Ahenda who passed away while receiving treatment at a hospital in Doha.

In his message of comfort and encouragement, President Kenyatta eulogized the envoy as a dedicated and committed diplomat who was keen on deepening Kenya’s relations with Qatar and the Arab world.

“We have lost one of Kenya’s most devoted diplomats who was keen on strengthening our relations with not only Qatar but the entire Arab world for the benefit of our people,” the President mourned, noting that Amb Ahenda had overseen tremendous growth in trade and people-to-people exchanges between Nairobi and Doha during his tenure.”

“I note with appreciation the work of Amb Ahenda. During his tenure as our envoy in Doha, he facilitated the significant rise in the number of Kenyans working in different fields in Qatar from 25,000 to over 30,000.”

“Amb Ahenda similarly ensured increased trade flows between the two nations with Kenya’s exports to Qatar growing to over Shs 9 billion annually. In addition, Amb Ahenda helped attract a growing number of Qatari investors into Kenya who invested in real estate, manufacturing and other sectors of our economy,” he said.

President Kenyatta noted that at the peak of the Covid-19 pandemic, Amb Ahenda mobilized medical aid from the Arab country to support Kenya’s fight against the disease.

He described Amb Ahenda, a former Kasipul Kabando MP, as a patriot and devoted public servant whose focus was service to the country and the betterment of the wellbeing of the Kenyan nation.

“A loyal and patriotic Kenyan, Amb Ahenda will be remembered for his servant leadership during his diplomatic service and before as the MP for Kasipul Kabondo where he left a strong legacy of development,” the President said.

The Head of State prayed to God to grant the family of Amb Ahenda, led by his wife Mama Millie Ahenda, and the children strength and fortitude to bear the loss of their beloved kin.

Hon Patrick Ahenda was appointed Kenya’s Ambassador to Qatar in 2018 and submitted his credentials to the State of Qatar in 2019.