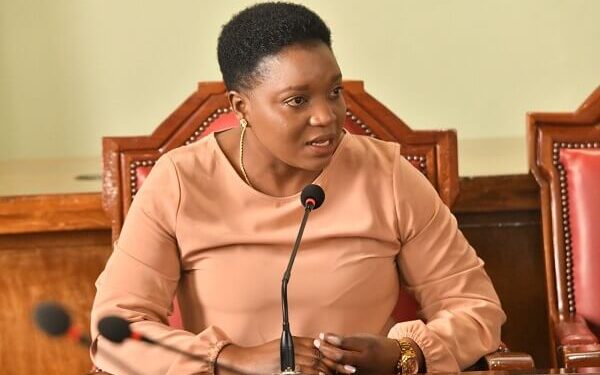 Ministry of Health (MoH) Cabinet Secretary Susan Nakhumicha has said the ministry has begun posting the first batch of over 800 medical interns to public hospitals countrywide.

This move comes following the commitment made by the health ministry with the Kenya Medical Practitioners, Pharmacists and Dentists Union (KMPDU) and the Council of Governors on January 4 to get the medics to back down on their strike threats.

Moreover, as per the deal, MoH committed to posting a total of 1,000 medical interns by the second week of January 2023, and further ensuring that this is done continually and in a timely manner.

CS Nakhumicha on Monday, January 16 noted that some 874 medical interns will be posted during the ongoing exercise.

“We acknowledge and laud the Ministry’s effort towards ensuring industrial harmony in the sector and look forward to the posting of the remaining 200 officers within the financial year as promised,” Dr. Atellah said.

“We are confident that the industrial disharmony that has been arising from delays and failure to post interns is now a thing of the past.” He added.

Nonetheless, KMPDU in 2022 threatened to lead its members into a strike from January 6, 2023, accusing the government of failing to honor its issues in accordance with the 2017-2021 Collective Bargaining Agreement (CBA).

Apart from MoH posting interns, another bone of contention was the payment of basic salary as per the said CBA, and the implementation of the same in accordance with a court order issued on October 28, 2021, but which was ignored.

However, the sector stakeholders agreed to escalate the matter and come to a final agreement on the modalities of paying the basic salary by February 5, 2023.

“We believe that the 47 County governments and the MoH will continue to implement other aspects of the 2017-2021 CBA as agreed as we continue working together as social partners to ensure every Kenyan gets the highest attainable quality health care in all healthcare facilities,” said Dr. Atellah on Monday.