by Carol Mwanzia
in National News
0 0
0 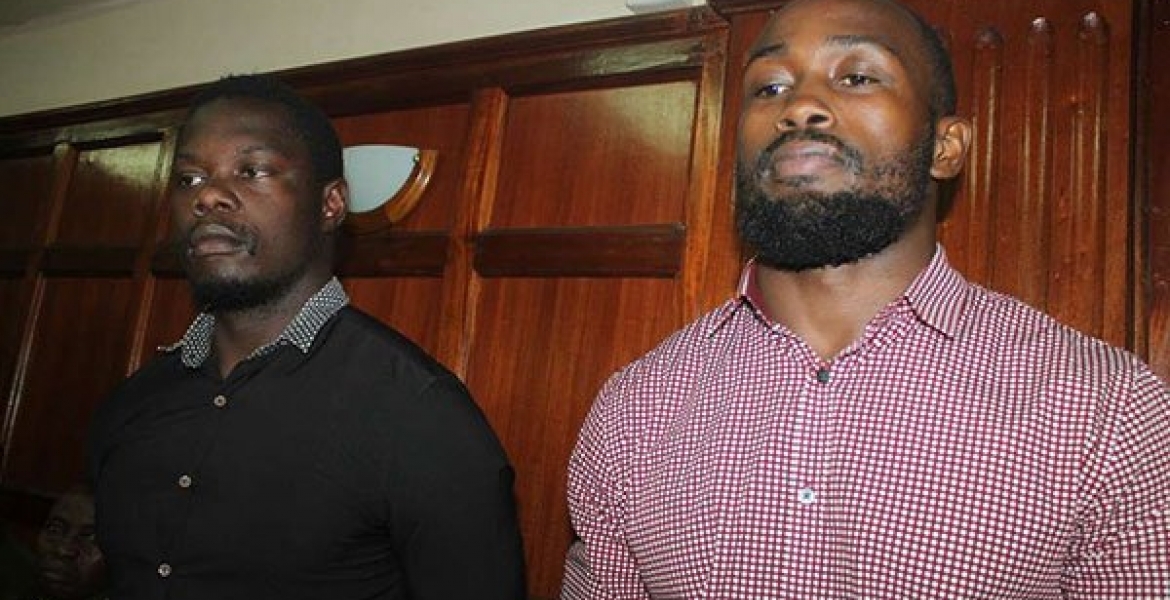 The High Court in Nairobi has quashed the sentencing of former Kenya Rugby 7s stars Alex Olaba and Frank Wanyama. The two players were each sentenced to 15 years in jail last August after they were found guilty of gang-rape.

On Tuesday, Justice Grace Ngenye Macharia nullified their sentence and ordered they be tried afresh at a lower court. The judge noted that existing records do not show whether one of the prosecution witnesses was sworn in or not.

Justice Ngenye directed that the two be taken to Kilimani Police station pending a plea taking before July the 7th.

Olaba who is 23, and Wanyama, 22, were handed the sentence by Chief Magistrate Martha Mutuku, who ruled that the victim was traumatized by the rape incident. “The complainant was traumatized hence a deterrent sentence is necessary,” she ruled.

The two were accused of gang-raping the woman, a musician, at Seefar Apartments in Nairobi on February 10th, 2019.

In a statement recorded with the police, the victim said that on the fateful day, which was her birthday, she attended a party in Nairobi’s Kilimani area where the two rugby players were present.

She said one of the two players was her friend and after a night of merry-making, she went with them to their house.

She claimed the two took advantage of her intoxicated state and raped her repeatedly after refusing to take no for an answer. She got pregnant after the incident.

The two were frozen out of the Shujaa Kenya Rugby 7s team after they were indicted of gang-rape charges.

Meg Whitman Takes Over AS US Ambassador To Kenya