NCIC Steps Up Peace Campaigns Ahead of Elections 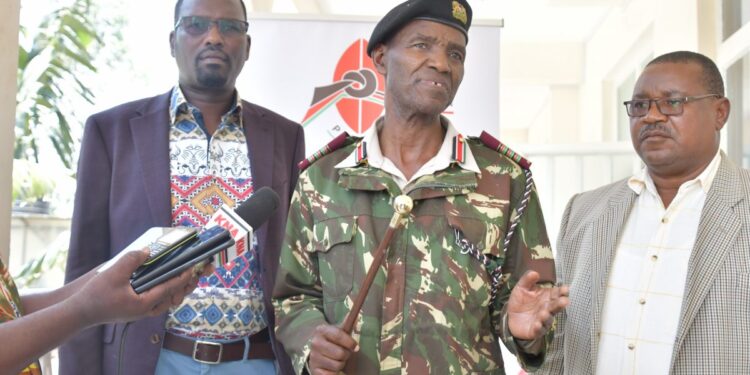 984
SHARES
3.4k
VIEWS
Share on FacebookShare on TwitterShare on WhatsApp

The National Cohesion and Integration Commission (NCIC) has enhanced its programs which include county engagements, hate speech management, community dialogues, and conflict hotspot mapping ahead of the August elections.

The commission has identified a number of counties including Kakamega, Nandi, Kisumu, Kericho and Kisii as highly volatile and prone to election-related disturbances.

NCIC Commissioner in charge of South Rift and Nyanza Regions, Sam Kona, speaking in Sondu town, Kisumu County, said the areas depicted factors like the existence of criminal gangs, multiple ethnic groups, and ongoing grievances among the communities living within the borders.

Kona was speaking during an engagement meeting with the security teams from Kisumu and Kericho counties to brainstorm on how to deliver security during elections and how security agents can coordinate with other stakeholders to deliver peaceful elections.

NCIC, acting on its mandate to enhance peaceful coexistence amongst Kenyans, has heightened peace campaigns under the ‘Elections Bila Noma’ (elections without violence) mantra to promote peace in the region.

“We have had peace caravans moving from market to market preaching a message of ‘election bila noma’. We have contracted local artists to tell the youth, women and members of the community that they will remain and should keep their neighbours after the elections,” said Commissioner Kona.

At the same time, he issued a stern warning to politicians against deceitful comments on the electoral process.

Citing the recent remarks by various politicians on rigging, the commissioner said such sentiments would water down efforts put in place by various agents of peace to have violence-free elections.

“Politicians alluding to have stolen elections in the past or have capabilities to steal elections are doing a disservice as that kind of message affects the feelings on the ground leading into voter apathy,” he said.

He said that during his interaction with community members in Kericho and Kisumu counties, locals expressed dissatisfaction in the electoral process following the remarks by the politicians.

“This is bad for our democracy if there are citizens who will not be able to vote because they feel voting does not make sense because they think it will be stolen after all,” said the commissioner.
Kona further urged politicians not to mock sensitive issues like the integrity of the electoral process.

“Claiming to have stolen elections or know how to steal elections in our view is even more dangerous than hate speech itself,” he said.

He underscored the fact that there is no culture, religion or society that glorifies theft of anything including elections. The forum was also attended by Kericho County Commissioner Mr. Kamau Karungo and Nyakach Deputy County Commissioner. (KNA)