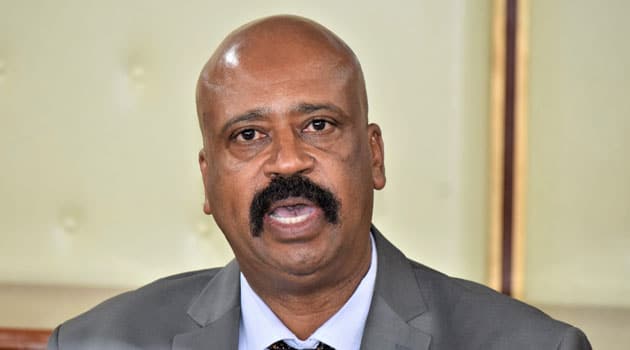 Nairobi Metropolitan Service (NMS) Director General Mohammed Badi has denied authorizing evictions in Pumwani and Eastleigh estates owned by the Nairobi City County saying NMS officials who participated in the raids did so without his knowledge.

The NMS boss made the statement when he appeared before the Senate Devolution and Intergovernmental Commitee on Wednesday.

Mr Badi stated that the evictions were enforced by the Nairobi regional security committee supervised by Principal Secretary Karanja Kibicho under the auspices of the Ministry of Interior and Coordination of National Government.

He denied having received court orders enforcing the evictions after it emerged a private developer secured the same.

The developer, Nomad Resort Limited, is reported to have been reallocated the parcels of land at the centre of the dispute by the Nairobi City County but Badi said NMS couldn’t find records of when the transfer was effected.

In one of the evictions conducted in Eastleigh in 2021, staff quarters for Nairobi Water Company, the evictees alleged that the evictions were conducted under the surveillance of NMS and police officers.

“Nomad wrote to NMS requesting us to help in evictions, but we referred nomad to the Nairobi regional security committee as NMS has no such power. A multi-agency committee comprising all government agencies removed the individuals that encroached the parcels of land,” said Badi.

The NMS boss insisted the agency had no powers to enforce the evictions, so they proceeded to hand over the matter to security agencies within Nairobi regional security team.

He instead blamed the Inspector General of Police Hillary Mutyambai as the evictions were conducted within his purview.

“There is a committee that sits to even divide how many police officers will be involved, how many NMS officers are involved and so forth.

“I am sure they have standard operating procedures but if you ask me I am not involved in that operation,” said Badi.

Elgeyo Marakwet Senator Kipchumba Murkomen questioned why NMS failed to issue eviction notices to the residents in Eastleigh yet the agency is the legal entity mandated to issue such documents in cases of evictions in Nairobi.

“Did you issue a notice and where is the evidence of such notice? NMS is seemingly telling us that they were also shocked that an eviction was happening, ” Murkomen stated.

“If government officers were not given a court notice, what about a common mwananchi. What protocols are followed when evictions are done,” added Nairobi Senator Johnson Sakaja.

NMS is accused of effecting evictions of its own staff under the water docket to advance the interests of private developers.

Senator Moses Kajwang, who chaired the committee, tasked Badi to explain why they had not appealed the court decision to evict its own staff.

“I think you are struggling too much to wash your hands of this matter. What we are asking is not just about your personal culpability; we are asking what are the steps, what is the best practice for carrying out these demolitions. We are not trying to fix you,” Kajwang posed.

Documents tabled at the committee revealed that the NMS has a list of pending evictions earmarked in different areas in Nairobi following issuance of court orders.

According to documents tabled at the committee, almost all sub counties in the City County will be affected as slum areas are earmarked for demolitions having encroached on private or public land.

Targeted areas with structures earmarked for demolitions include Mathare and Huruma.

In Langata, illegal structures encroaching Trans Mara printers at Aerodrome Road in Nairobi West and mushrooming slum dwellings near Ole Sereni along Mombasa Road have been listed for demolition.