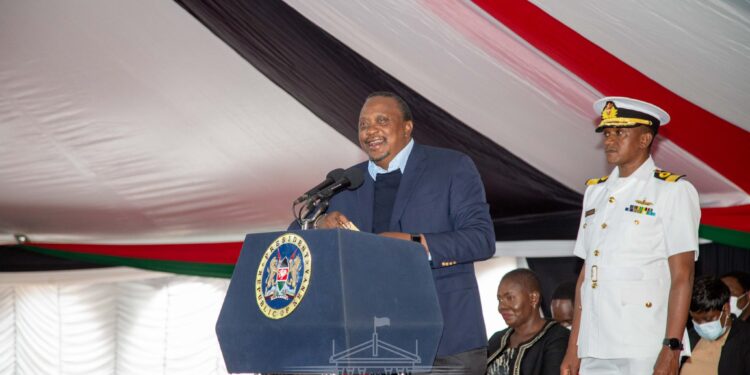 President Uhuru Kenyatta on Monday presided over the issuance of over 14,000 title deeds to landowners in Kiambu County.

Speaking at Kamangu Primary School in Kikuyu Constituency, President Kenyatta emphasized the Government’s commitment to promoting landowning democracy as part of the efforts to economically empower landowners in the country. 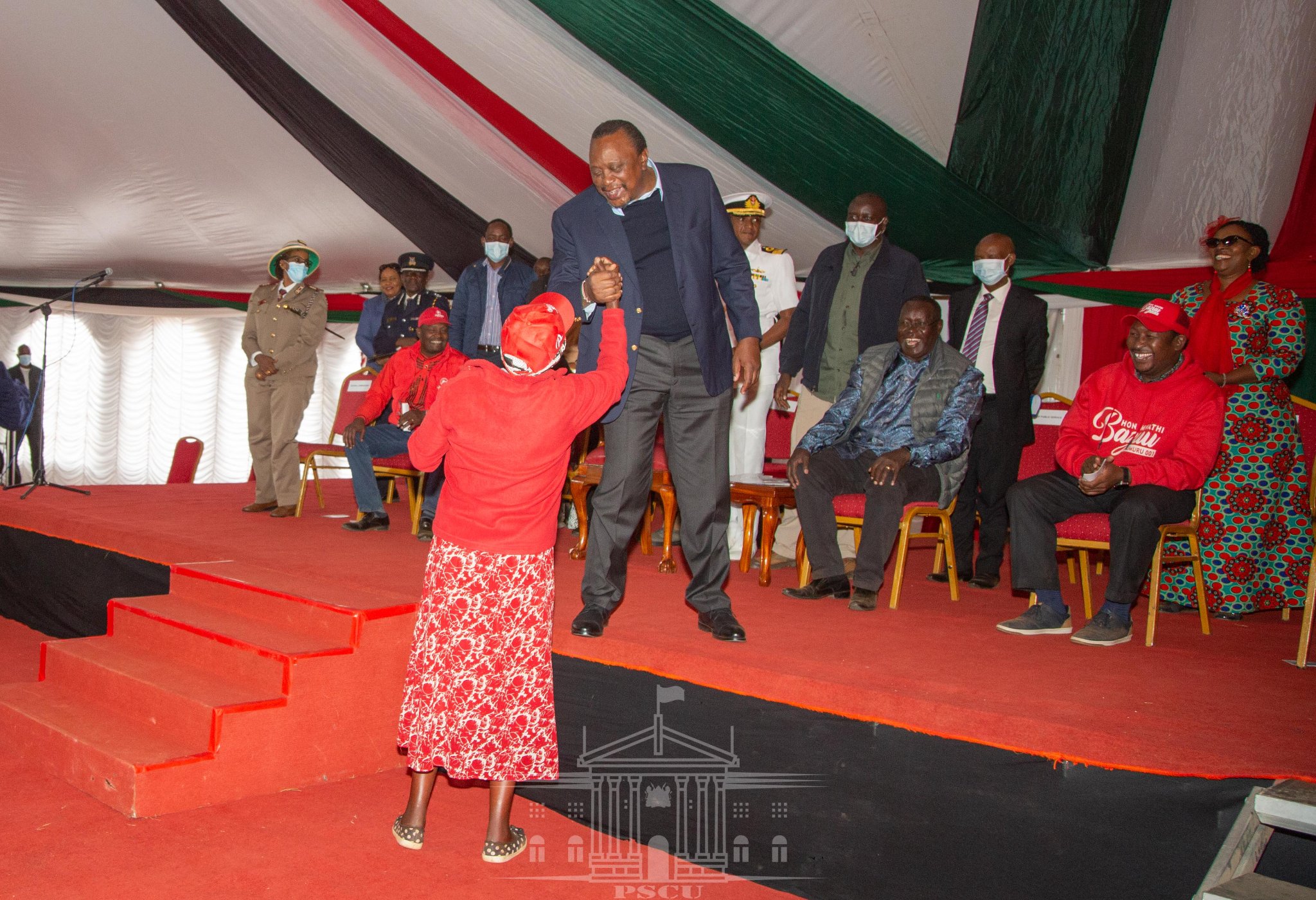 The President said, through the National Titling program, his administration has issued over six million title deeds to Kenyans across the country.

“My administration, through the National Titling program, has issued over six million title deeds to Kenyans. This is more than all the successive regimes we have had as a country since independence,” the President said.

He commended the Ministry of Lands and the Kiambu County Government for initiating the process where the residents, most of whom resided in colonial villages, received their title deeds without paying anything after waiting for the landownership documents for over 40 years.

Speaking during the event, Kiambu Governor James Nyoro thanked President Kenyatta for keeping his promise to the people of Ndeiya and Kikuyu sub county by delivering the vital documents among other projects.

“Your Excellency, let me thank you for delivering the title deeds as promised as well as the several water projects and roads, especially the link roads that have made movement around the county easier. I would like to also extend my gratitude to you for the Last Mile Electricity program that saw many residents benefit from it,” the Governor said. 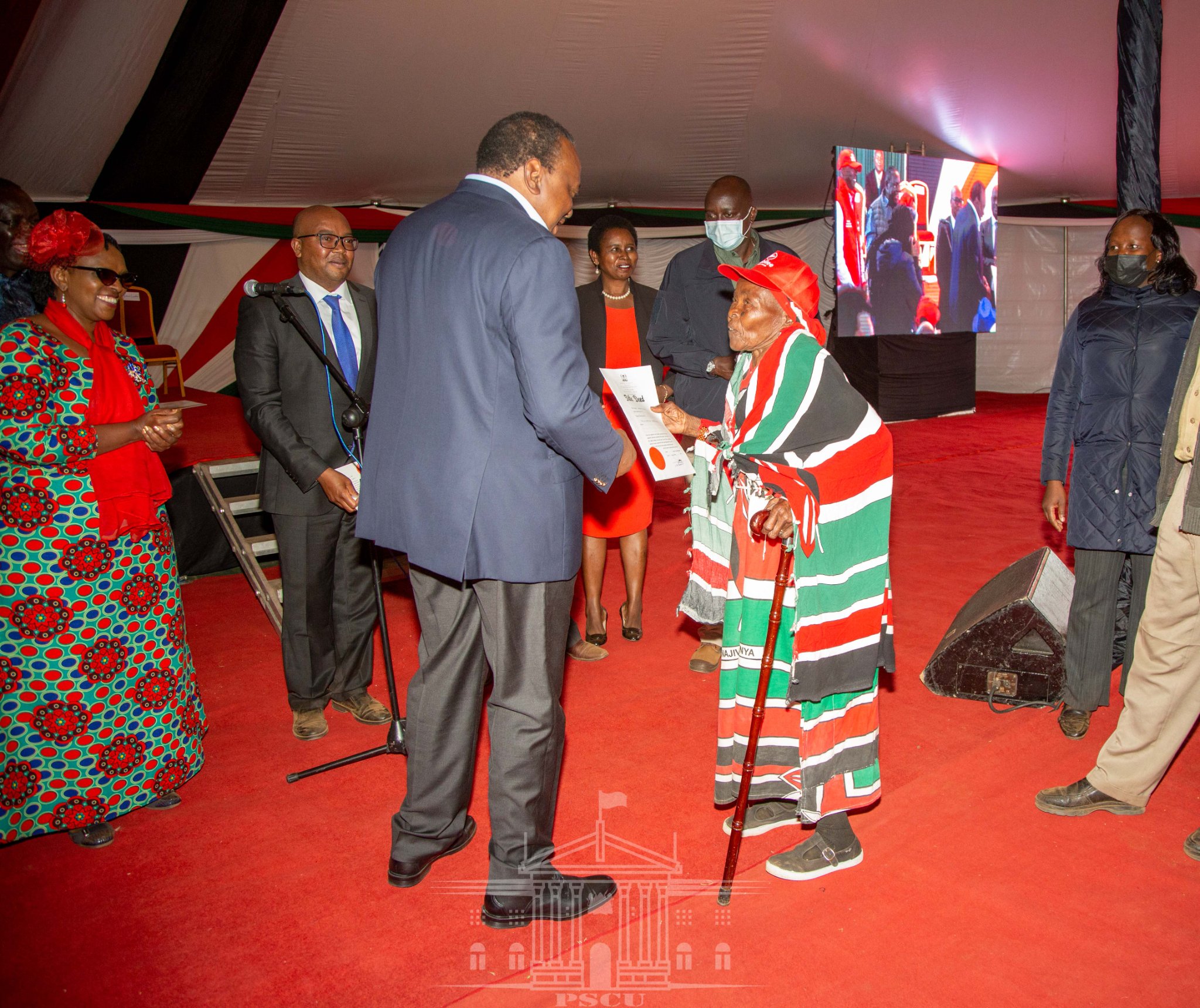 On her part, Lands Cabinet Secretary Faridah Karoney thanked the President for putting in place measures to ensure land issues in the country are solved.

“…I would like to thank you for your transformative agenda in the land sector, especially the National Titling Program. Your administration has issued over six million title deeds to Kenyans since 2013 which is more than those issued since independence,” CS Karoney said.

Later, President Kenyatta who was on a working tour of Kiambu County, commissioned the Karimenu II Dam in Gatundu North that will supply an additional 70 million litres of water to over 850,000 residents of Juja, Ruiru, Gatundu and some parts of Nairobi City County.

Addressing the residents, President Kenyatta assured them that the issue of compensation has been resettled and those whose land was utilised for the dam will start to receive their compensation.

He also urged the residents to make use of the water at the multi-billion dam to farm and better their lives.