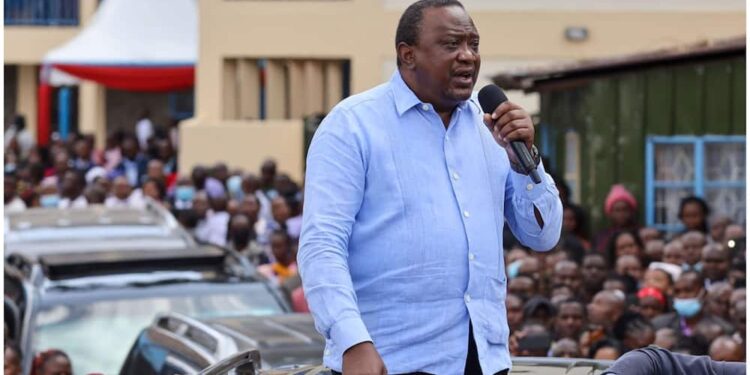 The head of state spoke at Embakasi’s Pipeline area after attending a church service at the African Inland Church where he was accompanied by seven Cabinet Secretaries.

“If anything catastrophic occurred as a result of that, wouldn’t the country be on fire? Is that what we want?” he said

Odinga’s chopper came under attack from yet to be identified people when he travelled to Soy to attend the funeral of renown businessman Jackson Kibor.

The police arrested seventeen suspects for questioning and further summoned three politicians said to have planned the attack.

The DCI issued summons after Odinga and politicians who accompanied him singled out Kositany and Sudi for incitement.

The lawmakers denied wrongdoing even as the questioned reluctance by the State to institute investigations against attacks on Deputy President William Ruto with a similar zeal.

Ruto came under a hail of stones during a campaign tour in Kisumu’s Kondele in November 2021 after rowdy youth smashed the rear windshield of his official car.

The police blamed Ruto for proceeding with the tour despite having been notified over potential hostility. He was also accused of causing antagonism among youths by dishing out money.

When asked about the incident, Odinga faulted Ruto for using provocative language.