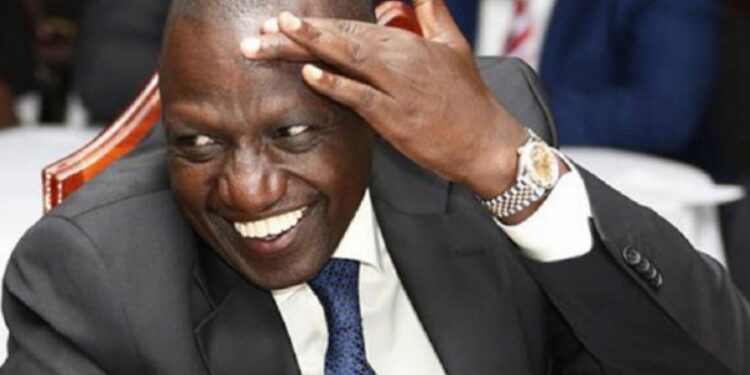 William Kipchirchir Samoei Ruto was sworn in as the 5th President of the Republic of Kenya on 13th September 2022.

The Ceremony was conducted by the Judiciary Registrar Anne Amadi in the presence of the Chief Justice as required by Article 141 of the Constitution.

“… that I will obey, preserve, protect and defend the Constitution of Kenya as by law established and all other laws of the Republic; and that I will protect and uphold the sovereignty, integrity and dignity of the people of Kenya. So, help me God,” the president read, holding the Bible in hand.

The President went on to sign the inauguration papers Infront of the Judiciary President, Attorney General Kihara Kariuki.

The signed documents were sealed with The Chief Justice of Kenya Seal.

The chief Justice Martha Koome later handed the inauguration certificates as evidence of the function.

The out-going President Uhuru Kenyatta in the company of Robert Kibochi, The Chief of the Kenya Defense Forces presented the Sword of Hornor to signify Ruto is now the Commander in Chief of the Armed Forces and the Constitution.

The national Anthem was sung as Uhuru’s flag was lowered and Ruto’s hoisted.

President William Samoei Ruto was the honored with a 21-gun salute.

U.S Secretary of State Antony Blinken warning to Africa on China during ‘trip’ to Nigeria, Kenya