“Raila Advised Me To Join Politics, Said He Was Retiring,” Wanjigi Claims 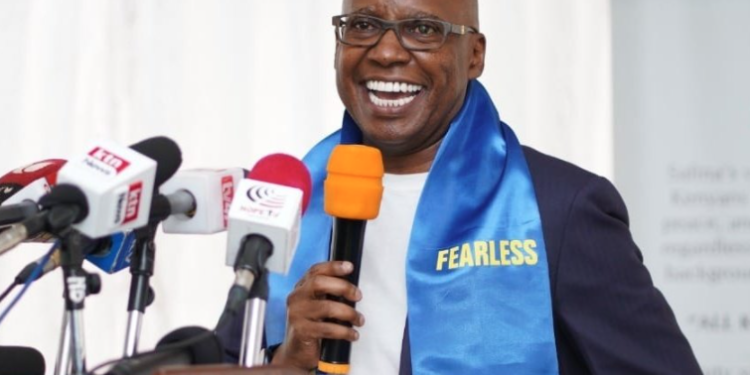 Billionaire Businessman turned politician, Jimi Wanjigi has said that ODM leader Raila Odinga is the one who advised him to join politics.

Speaking on Monday, Wanjigi said that at the time, the former Prime Minister told him that he was retiring from active politics.

“Raila advised me to join politics, he said he was retiring. He told me that he had helped the country enough and it was time for another generation to take over. I don’t know who, but I think someone is pushing him,” he told NTV.

The businessman who was recently endorsed to vie for presidency on a Safina party ticket said he fell out with Raila after the party sidelined him.

He added that his differences with Mr. Odinga and the President are not personal.

During the interview, Wanjigi accused Wiper leader Kalonzo Musyoka of being coerced to work with Raila under his Azimio la Umoja coalition.

“I was sidelined by ODM and I went to, my friend Kalonzo whom we were with in 2017. When we were in Kitui he asked me not to take him to Azimio or Raila Odinga again. How I see it, he is being forced to work with Azimio, I know him.”

The Safina party presidential hopeful also accused the head of state of using other people to extend his stay in power beyond 2022.

“We have been organised for the past 60 years and it’s time for the people to organise themselves. Raila and Ruto have been in politics for 30 years and we have seen what they have done. People are suffering.”

In the 2013 General Elections, Wanjigi supported Uhuru and Ruto for the top seat but they fell out a few years later.

In 2017, he threw his weight behind ODM leader Raila Odinga and Kalonzo Musyoka but they lost the election.

In this year’s election, he sought the ODM ticket to vie for presidency but fell out with Raila prompting his move to Safina.

Wanjigi insists he will be on the ballot on August 9.

Gladys Wanga Among 45 Governors-Elect Sworn In