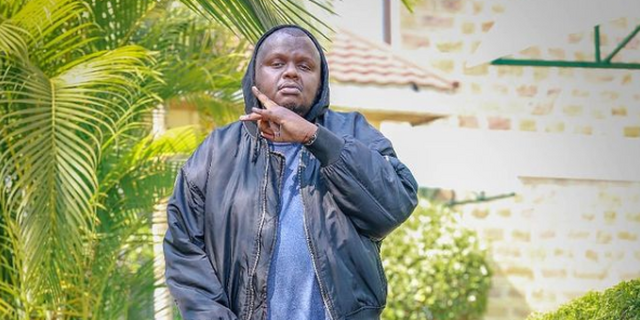 Popular Kenyan rapper is deeply in love and is enjoying every bit of moment in his new relationship.

The Shamrashamra star had earlier made it public that he has a new lover but never shared photos of his lover on social media like most celebrities do.

Well, it seems he is nowhere near introducing his lover to fans and the public if his recent revelation is anything to go by.

The revered rapper has revealed for the first time that his fans will have to get used to the fact that they will never see his beautiful girlfriend.

In a candid interview with Plug TV, Mejja disclosed he has been dating his girlfriend for about two years now and loves the privacy they have been enjoying all through.

According to Mejja, he believes showing off your lover online attracts misfortunes.

The rapper said all his previous relationships went to the dogs immediately after posting photos of his ex-lovers on social media.

”I will never show off my girlfriend online. All the relationships I have been in were ruined the moment I started posting my girls online. I am happy with how things are now, the privacy and all. We are now clocking two years, and no one knows her.” Mejja revealed.

He also used the opportunity to thank his lover for never pressuring him to post her on social media, holding she is a laid-back and reserved person.

Mejja stated that he is one of the luckiest guys around to have her and thanked God for every step they have made so far as a couple.

The star’s revelation comes about two years after he parted ways with his ex-girlfriend Milly Wairimu.

As earlier reported by various news platforms, Milly and Mejja’s relationship turned into a tangle of war between the two with each blaming the other for their breakup publicly.

Then, Milly accused Mejja of being toxic and treating her badly when they were still dating.

Karua Insists She Does Not Recognize Ruto as President