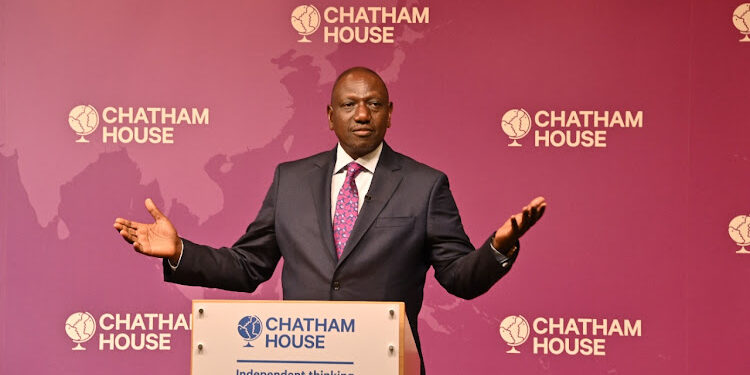 The Jubilee Party has criticized DP Ruto following his remarks on the cost of living, urging him to resign from government instead of complaining from within.

In a statement, Secretary General Jeremiah Kioni accused the second in command of taking advantage of the plight of Kenyans to gain political mileage.

“It is sad that despite Mr. Ruto being the second in command in the government, he has become a serial complainer instead of offering practical solutions to Kenyans,” the statement reads in part.

Kioni went on to claim that even as the DP complains about the wage bill, he has in the recent past spent 200 million shillings during his UK and US tours.

“It is not lost to Kenyans that the Deputy President uses not less than Ksh50 million every weekend in transport logistics for his campaigns and security, which is already an extra tax burden carried by the taxpayer. During his recent trip abroad, to the US & the UK, Mr. Ruto’s 131-man cheering squad spent a whooping Kshs 200 million in logistics, flights, accommodation and allowances. This is enough to provide an emergency food intervention programme in drought-stricken counties,” the Jubilee Secretary General said.

The strongly worded statement termed Ruto’s sentiments as hypocritical. “….For the Deputy President to stand on the staircase of a government house, enjoying government security and staffing only to insult the same government he should be serving. Mr. Ruto has two clear choices, occupy his dusty office at Harambee House and help the President dispense his mandate to the people of Kenya, as he constitutionally should, or resign from his position.”

This comes amid claims by the deputy president that the Ksh.39 billion Petroleum Development Fund that is meant for the fuel subsidy program was being diverted to other uses hence the fuel crisis.

The assent of the bill is aimed at resolving the current fuel shortage which has been linked to product hoarding by Oil Marketing Companies (OMCs) as they push for the payment of arrears from the fuel subsidy.

Cherargei Says Azimio Supporters Should Not be Considered for PS Positions

Presidential Election Was Determined By a Foreigner, Petitioners Tell Court