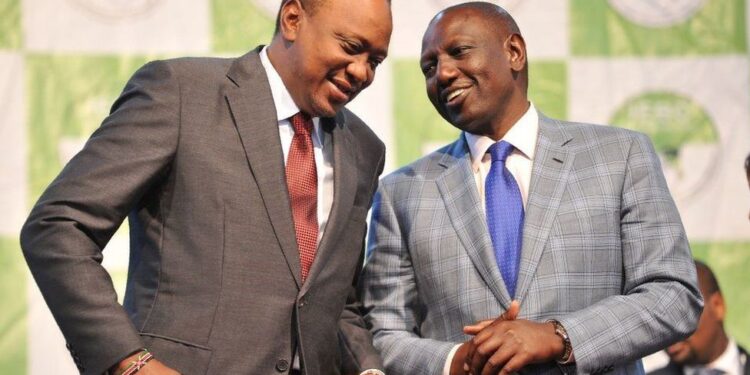 The President-elect William Ruto is at the state house holding talks with the outgoing President Uhuru Kenyatta.

Photos show Uhuru Kenyatta welcoming the President-elect William Ruto with a firm handshake at the State House a few minutes past 4 o’clock on Monday 12 September.

In the meeting was Rachel Ruto and Margaret Kenyatta.

William Ruto is set to be sworn in as the 5th President of Kenya at Kasarani stadium grounds on tomorrow, Tuesday November 13.

The two leaders have had issues for a period.

The outgoing President will hand over the Country’s leadership in tomorrow’s event that will be graced by 20 National leaders and at least 2500 VIPs who will include government officials from other countries.

Uhuru Takes Ruto On State House Tour Ahead of Inauguration