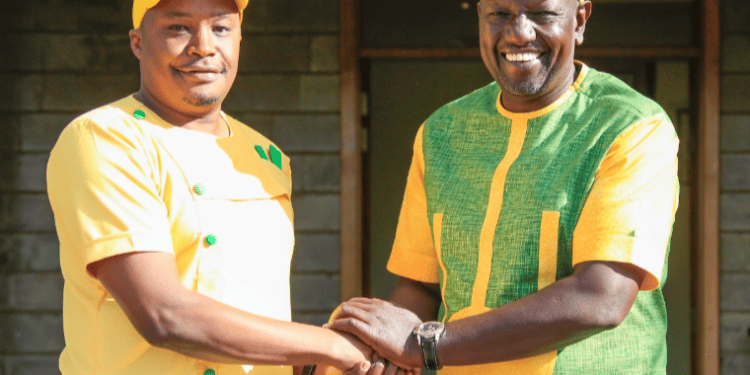 Starehe MP ‘Jaguar’ has suffered a major blow after his rival was handed a UDA ticket for the Starehe Parliamentary seat.

Starehe Constituency had their UDA primaries cancelled last week due to what was termed as security issues.

It is believed that supporters of Starehe MP Njagua and his opponent MP Simon Mbugua clashed leading to the postponement of the exercise.

The National Elections Board announced that the party will use opinion polls to settle on popular candidates.

But Njagua has argued that his constituents were denied their democratic right to go to the ballot and choose their leader.

“The people of Starehe were denied their democratic right to go to the ballot again for the nominations and choose their leader. The party decided to carry out opinion polls to decide whom to award the nomination certificate and it has been done,” Njagua said.

“Could this be an outcome of certificates that started making rounds before nominations? Is democracy at stake here?” he posed.

The incumbent MP said he will be holding discussions with the people of Starehe and decide on the way forward.

Before then, he had traversed the country with Ruto, who is seeking to be the fifth President of Kenya.