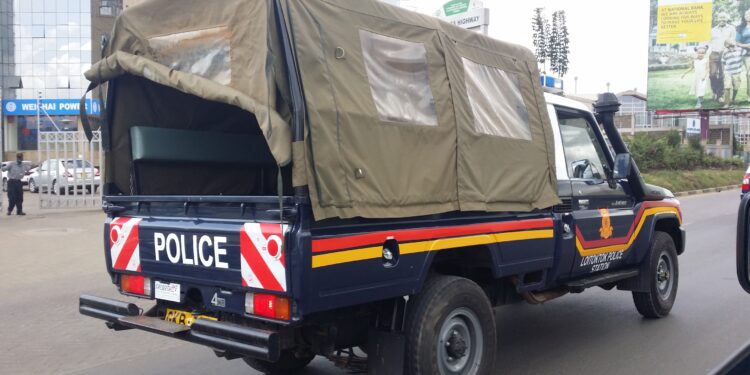 Police on patrol along Outering road arrested a suspected mugger after receiving reports of his whereabouts.

The Directorate of Criminal Investigation said through their Facebook that the suspect, Dickson Gatonga Njeri is alleged to have been operating in Huruma and Kariobangi.

“He is a suspected notorious mugger who was positively identified by several victims,” read a DCI thread on Facebook.

The suspect, after thorough search, Gatonga was found in possession of a kitchen knife.

The suspect was placed in the cell awaiting arraignment.

Ruto echoed Inspector General of Police Japhet Koome’s words on police using firearms when in danger and to protect property.

Ruto said police can use firearms when in danger and not let criminals be in control, adding that police have the necessary support and equipment to address insecurity.

“We cannot allow criminals to overrun our cities or any part of Kenya. We have given you the instruments. You have the backing of the law to make sure we deal with criminals firmly, decisively, conclusively in accordance with the law and the constitution,” Ruto said speaking at the at State House during a Kenya Kwanza Parliamentary group meeting on Wednesday.

Self-Care: What if I Can’t