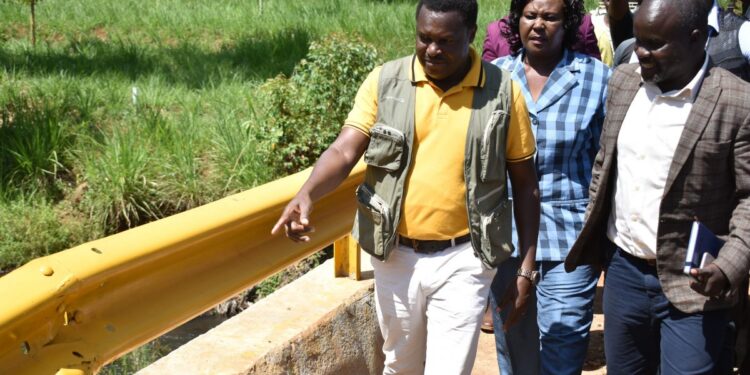 The chief Mbogori Bridge which was constructed by the county government in partnership with Kenya Rural Roads Authority is set to improve access of resources and services within the area.

Speaking while commissioning the bridge, Governor Njuki said that the bridge will hasten the movement of farm products like tea, coffee and milk to the market centre.

It will also help to prevent huge losses and waste of time incurred by traders added Njuki.

The governor said that his administration has already constructed nine bridges in various parts of the county adding that the tenth one is under construction and will soon be ready for commissioning.

He explained that most bridges in the county were initially made of wood posing a great risk to users especially during the rainy season.

“There was a need to improve and replace the bridges in the county as most were made of timber and wood which was putting the life of the residents at risk especially during the rainy season,” he said.

The governor noted that the bridge has been built using the best standards adding that they will not have to reconstruct it when the road is tarmacked.

Njuki told the residents that the county government is committed to ensuring infrastructure development in the area and urged residents to invest more in the agricultural sector.

"This Is My Choice And My Happiness"Says 25-Year Muima Planning To Wed Lover, 85

CJ Koome: Judiciary Cut Case Backlog By 14% In Past Year