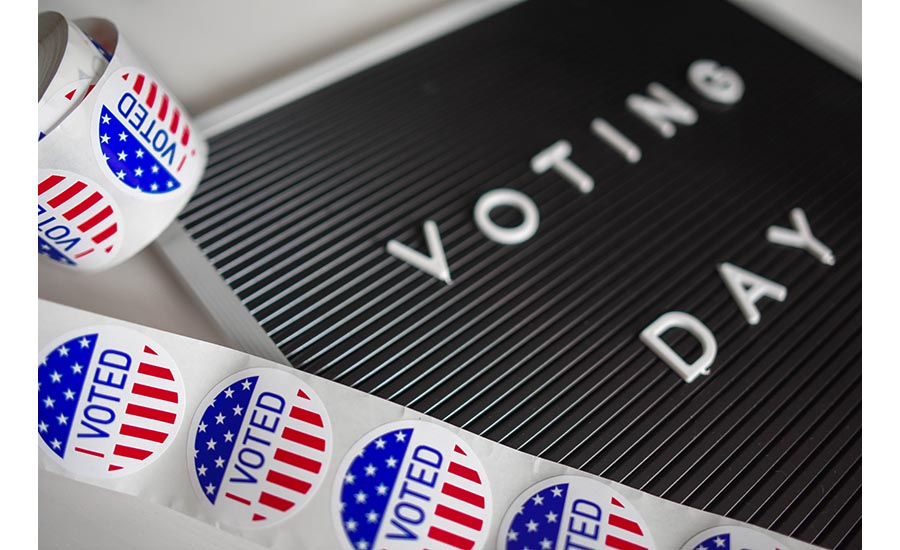 A broad coalition of top government and industry officials rejected President Donald Trump’s persistent and continuous claims, that the November 3rd voting and the following count unfolded smoothly with no more than the usual minor hiccups, the AP Reports.

“There is no evidence that any voting system deleted or lost votes, changed votes or was in any way compromised.”

The Most Secure in American History

It was, they declare, resorting to Trump’s sort of dramatic language, “the most secure in American history.”

The statement late Thursday by the Cybersecurity and Infrastructure Security Agency amounted to the most direct repudiation to date of Trump’s efforts to undermine the integrity of the contest, and echoed repeated assertions by election experts and state officials.

The president was not impressed.

After the statement from CISA came our, the president was less than impressed.

He tweeted on Friday that Democrats have complained for years about unsafe elections but “Now they are saying what a wonderful job the Trump Administration did in making 2020 the most secure election ever.

“Actually this is true, except for what the Democrats did. Rigged Election!” Trump tweeted.

He didn’t elaborate, but he and his supporters have charged repeatedly — and filed legal challenges — complaining that their poll watchers were unable to closely watch the voting and counting. They also have raised objections to problems that are typical in most elections: Questions about signatures, late votes and postmarks on mail-in ballots, as well as the potential for a small number of ballots miscast or lost.

Challenges Tossed Out by Judges

Many of those challenges have been tossed out by judges, some within hours of their filing, though some are still pending.

With Democrat Joe Biden leading Trump by wide margins in key battleground states, none of the issues would have any impact on the outcome of the election.

And if there are legitimate problems to be found, they will be, the coalition declared. Its statement said that all of the states with close results have paper records, which allow for the recounting of each ballot, if necessary, and for “the identification and correction of any mistakes or errors. … Right now, across the country, election officials are reviewing and double checking the entire election process prior to finalizing the result.”

Thursday’s statement was written for the Cybersecurity and Infrastructure Security Agency, which spearheaded federal election protection efforts, and was tweeted by its director, Chris Krebs. Hours earlier, he was the subject of a Reuters story that said he had told associates he expected to be fired by Trump. Krebs has been vocal on Twitter in repeatedly reassuring Americans that the election was secure and that their votes would be counted.

Taking a shot at Trump and his supporters, the statement said, “While we know there are many unfounded claims and opportunities for misinformation about the process of our elections, we can assure you we have the utmost confidence in the security and integrity of our elections, and you should too.”

As of Friday, most top congressional Republicans were still supporting Trump’s efforts to challenge the election process and results. But cracks were beginning to emerge in that support.

A number of GOP leaders were saying it was time for the White House to begin briefing Biden on the latest intelligence reports so he will be prepared when he takes over on Jan. 20.

And a few Republicans out in the states were saying it was time to treat Biden like the president-elect he is.

New Hampshire Gov. Chris Sununu, who endorsed Trump’s reelection, became the latest Republican official to say what Trump and his allies refuse to accept. He acknowledged that Biden’s lead was getting “bigger and bigger by the day” and Trump’s legal options were dissipating.

“Joe Biden is the president-elect, and I think like most Americans, we suspect he’ll be taking the oath of office in January,” Sununu told reporters. He insisted there was no fraud in his state, which Biden easily carried.

Trump Tweets Biden 'Won' the U.S Election, But Claims 'It Was Rigged'