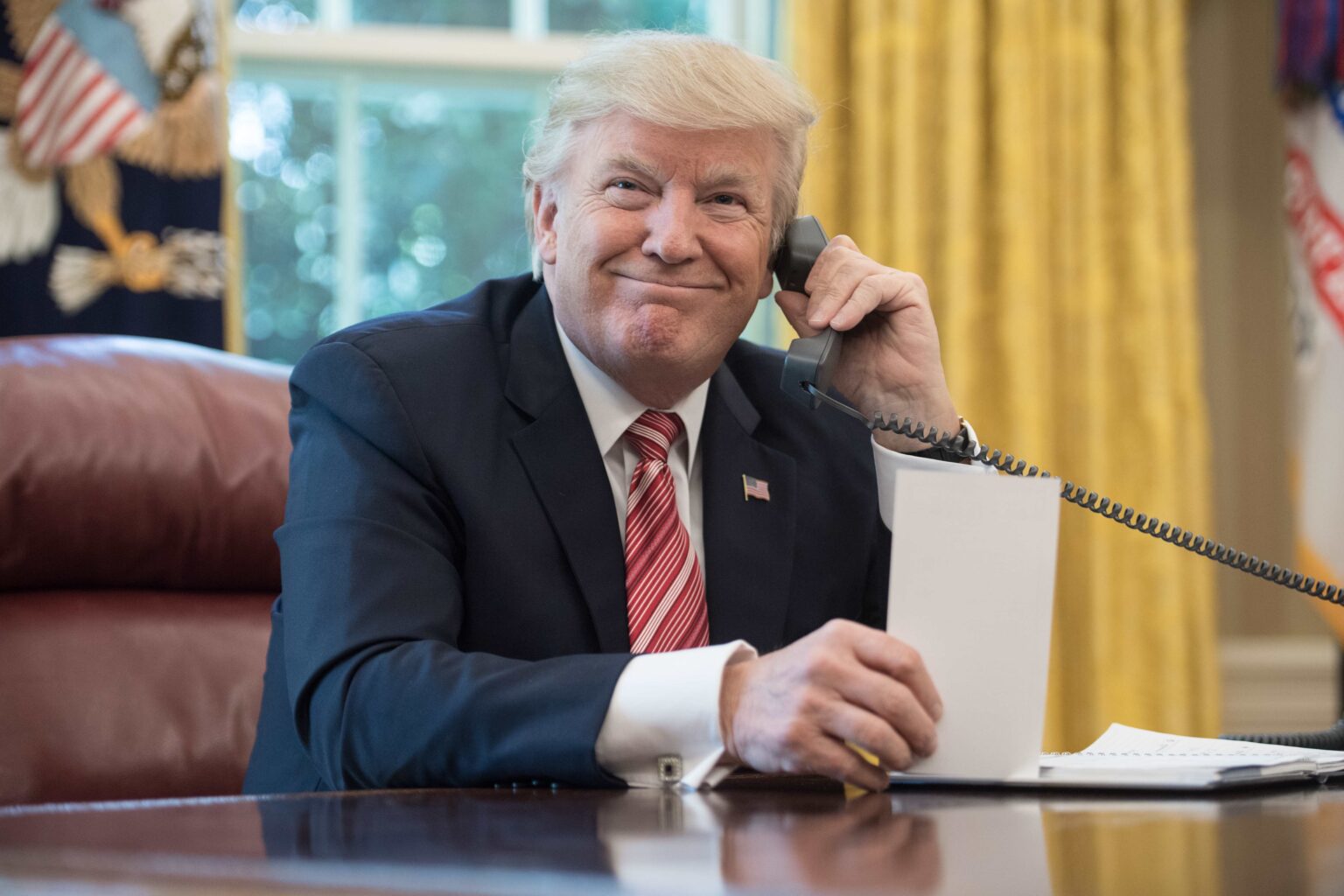 US President Donald Trump waits to speak on the phone with Irish Prime Minister Leo Varadkar to congratulate him on his recent election victory in the Oval Office at the White House in Washington, DC, on June 27, 2017 - Photo Credit [NICHOLAS KAMM/AFP via Getty Images]

President Donald Trump is trying to turn America’s free and fair election into a muddled mess of misinformation, specious legal claims and baseless attacks on the underpinnings of the nation’s democracy.

Trump’s blizzard of attacks on the election are allowing him to sow discontent and doubt among his most loyal supporters, leaving many with the false impression that he is the victim of fraudulent voting.

That won’t keep Trump in office — Biden will be sworn in on Jan. 20 — but it could both undermine the new president’s efforts to unify a fractured nation and fuel Trump in his next endeavor, whether that’s another White House run in 2024 or a high-profile media venture.

“This is all about maintaining his ego and visibility,” said Judd Gregg, the former Republican governor and U.S. senator from New Hampshire. “He’s raising a lot of money and he intends to use it.”

The effects of Trump’s strategy are already starting to emerge. A Monmouth University poll out Wednesday showed that 77% of Trump supporters said Biden’s victory was due to fraud, despite overwhelming evidence to the contrary.

More than two weeks after Election Day, Trump’s approach remains both stunning and unsurprising. It amounts to an unprecedented attack on a democratic election by a sitting American president — one the Republican Party has been largely silent in condemning.

But it is also precisely the scenario Trump spent much of 2020 laying the groundwork for, particularly with his unfounded claims that mail-in ballots would be subject to systemic fraud. That wasn’t true before 2020 or in this election.

“His response should surprise no one. He foreshadowed it well before the election and it continues his pattern of declaring victory, regardless of the actual facts,” said Tim Pawlenty, the former Republican governor of Minnesota.

The facts in this instance are not in dispute.

Biden eclipsed Trump by comfortable margins in key battleground states, including Michigan and Pennsylvania, exceeding the 270 Electoral College votes needed to win the White House and nearing 80 million votes nationwide, a record. Federal and state election officials have declared the contest free of widespread fraud, with some going so far as to call the 2020 race the most secure in U.S. history.

Trump responded by firing the messenger, Chris Krebs, the nation’s top election security official, who has repeatedly vouched for the integrity of the 2020 vote.

The credible statements from Krebs and state officials across the country have done nothing to deter Trump from insisting without evidence that Democratic forces conspired to rig the election against him. He’s refused to formally concede to Biden, holding up the president-elect’s access to everything from pressing national security information to blueprints for the government’s rollout of a COVID-19 vaccine that will largely occur on Biden’s watch.

All the while the president and his allies have tried to push his claims in court.

And prominent Republican lawmakers, including Senate Majority Leader Mitch McConnell, have said Trump should be given space to pursue all available legal pathways. Those pathways, however, are quickly closing, with judges across the country dismissing one lawsuit after another.

Frantic Steps by Trump and Allies

That hasn’t stopped Trump and his allies from taking increasingly frantic steps to keep up the appearance of a president fighting on. Trump lawyer Rudy Giuliani held a press conference in Washington on Thursday that amounted to a 90-minute misinformation campaign against a democratically held election.

Some Trump allies acknowledge privately that using the courts to actually reverse Biden’s victory isn’t the point of their efforts. And they also see no real path to persuading GOP-controlled state legislatures to appoint electors that would overturn the will of the voters, though some Trump advisers were buoyed this week when a pair of Michigan Republicans voted against certifying Biden’s overwhelming victory in Wayne County. They reversed course following a public outcry, then tried to reverse again — a move that came after they received personal calls from the president.

Rather than actually overturn the election results, Trump allies say the goal is to help keep the president’s most loyal supporters engaged and energized for whatever he might pursue after he leaves office — even if that means leaving them ill-informed about the reality of what has unfolded in the election.

Blurring the Lines Between Truth and Fiction

Trump has long relished blurring the lines between truth and fiction and taking advantage of the confusion that creates. If anything, his presidency has only emboldened those tendencies, given the ways in which the Republican Party and friendly media outlets have helped propel his versions of events, even when they are indisputably false.

Those same dynamics have continued to help prop up Trump through this post-election stretch. Some small conservative media outlets have refused to accept Biden’s victory and have seen their audiences grow as a result. And most GOP leaders have helped give Trump cover by also stopping short of publicly acknowledging Biden’s victory, despite the fact that many do so privately.

GOP lawmakers have their own strategy in play. The party’s Senate majority hangs in the balance in a pair of runoff elections in Georgia in January, and some Republican strategists see an aggrieved Trump base as key to the party’s success there. They’re casting the Senate votes as a way to exact revenge for Trump’s defeat in a “rigged” election and saddle Biden with a GOP majority in the chamber.

Others see the party’s response as a signal that they’re simply trying to get through the final weeks of his presidency without rocking the boat, even if that means allowing misinformation about the nation’s electoral process to flourish.

“It’s hard, cynical politics,” said Mike Murphy, a veteran Republican strategist who backed Biden in the election. “They don’t think the noise is an immediate threat so they’re waiting him out.”

In a stinging condemnation of his party, Murphy continued: “The elephant is out as the GOP symbol and the chicken is in.”