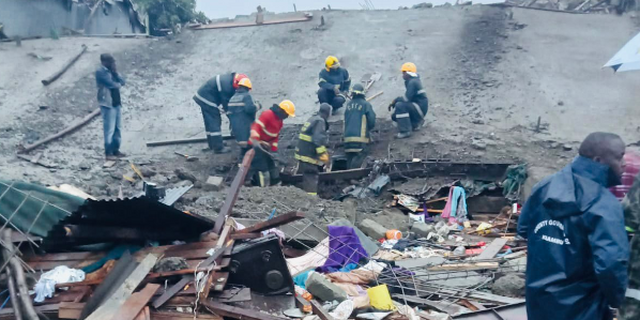 Two people have died after a six-Storey building under construction collapsed in Ruaka, Kiambu County.

According to reports, the building collapsed over a residential home which had occupants at the time.

A family was asleep in the residential home.

Antony Karomo, who lost his elder brother, narrated how he rushed to the scene only to find his relative dead.

Their three children were unhurt as they live in another house in the compound.

“I live in the next building and when I heard the bang, I rushed outside. With the help of others who had come, we pulled out the rubbles but unfortunately my brother and his wife had died,” he said.

”We believe more people could be under the rubble and we have teamed up with other agencies including Kenya Red Cross, military, and police officers to rescue those trapped,’’ Mr Kahura said.

Emergency responders say three survivors have been taken to hospital.

This is the second building to come down in the country this week.

On Tuesday, a building under construction collapsed in Kasarani, Nairobi killing at least three people.