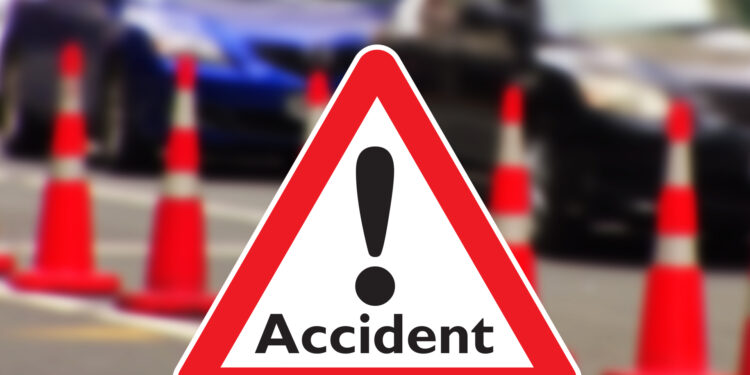 A psv matatu was on Friday morning involved in an accident along Mombasa road that left a person trapped in the wreckage and others nursing injuries.

According to reports, the Rembo Shuttle Sacco bus which was en route to Nairobi from Kitengela attempted to unsafely go past another vehicle, registered under the same Sacco, only to crash into a lorry that was transporting sand.  This led to a heavy traffic snarl-up around the Athi River turn-off.

A female passenger who was sitting in the driver’s cabin had her legs trapped in the wreckage following the collision and was only freed an hour after the incident following concerted efforts by police and first responders on the scene.

The victims have since been rushed to Shalom Hospital for treatment while the vehicle has been towed to Athi River Police Station.

“No death was recorded but we would like to urge motorists to be more vigilant, especially in the morning when their vision may be blurred by morning fog,” Kamau told the nation.

According to the National Police Service, a majority of the 89 road accidents reported this year across Nairobi and its environs have occurred along Mombasa Road. 172 people have cumulatively lost their lives during the incidents.