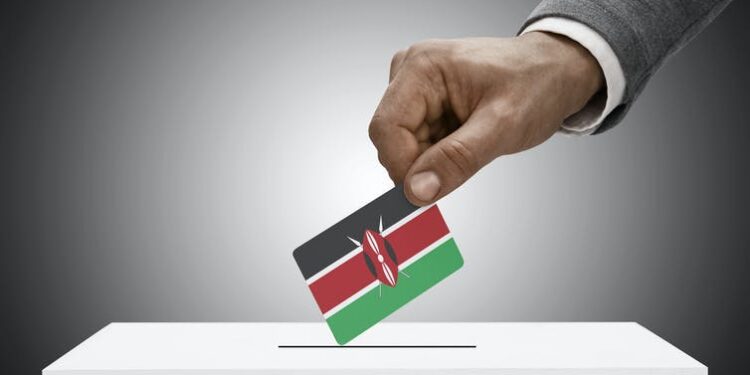 “Vote buying” – when a voter exchanges his or her vote for some form of compensation in an election – plagues many electoral contexts across sub-Saharan African. Over the last two decades, however, Kenya has witnessed some of the highest rates of vote buying in sub-Saharan Africa.

According to Afrobarometer data between 2003 and 2014, more than a quarter of the population said they engaged in vote buying. Afrobarometer’s estimates are likely an understatement of the true scope of the problem. Many people know that the behavior is illegal and may not reveal their engagement in vote buying to an interviewer knocking at their door. The National Crime Research Centre further finds that bribery is the most prevalent form of election offence.

With the 2022 Kenyan elections on the horizon, the topic of “vote buying” has returned to the political arena, and several politicians have encouraged the Kenyan electorate to refrain from engaging in the practice.

As someone who worked with several organizations in the field of democracy assistance, and also having academically researched democracies that have serious rule of law violations, I’ve studied this practice. It can change a country’s political course and subvert a key component of a functioning democracy – elections.

Vote buying breaks the link between candidate performance and winning elected office. It leads to decreases in the quality of services provided by the government. In other words, vote-buying is a problem because the most suitable candidates may not win office, and the candidates that win will not be the best candidates to represent the interests of their voters.

Vote-buying also creates perverse incentives for politicians to engage in corruption. For instance, politicians may give kickbacks to big businesses, who funded their campaigns. Or, as I’ve been told in interviews, having spent money on their campaigns, some Kenyan politicians felt the need to compensate themselves for expenses they incurred during the election period.

How can the practice be stopped?

As I discussed in a recent paper, if a substantial enough number of voters refuse to sell their votes, or the politicians cannot afford what the voters are asking, then the marketplace breaks down and ceases to exist.

Buyers can attempt to purchase sellers’ allegiance by offering them money or other gifts to show up and vote for a particular candidate or party.

Politicians can also pay someone to stay at home. For example, while working in the field of democracy assistance, I heard focus group respondents talk about Kenyan politicians who showed up with kegs of beer in settlements that they knew did not support them. The idea was to get voters inebriated so that they would be dis-incentivized to vote. Such behaviour on the part of politicians – to give voters remuneration to not vote – is known as negative turnout buying. Negative turnout buying may be advantageous if a politician knows that a group of voters do not support him or her. Therefore, it is easier to get them to stay at home than vote.

Curbing vote buying
It is possible to disrupt, or destroy, the vote-buying marketplace by either disrupting the supply or the demand side.

On the demand side, voters can decide not to ask for bribes and refuse to take them if offered. How is such behavior achieved? The literature on the political economy of development has suggested that politicians could no longer afford to bribe voters as countries get wealthier.

It is also possible to attempt to enforce more rigorously or enact stricter laws against vote-buying. In Kenya, vote-trading is a crime applied to both the buyer and the seller, which should be in theory enforced through the court system.

Social norms and behaviors
But there are other solutions. Changing social norms and behaviors around vote buying could yield results by making the price for votes unaffordable to politicians, as my article and others show. One approach that could work is to ask voters to promise not to sell their vote, as one research project did in The Philippines.

In my research I take a slightly different approach. In a nationally representative survey of Kenyans, who were picked randomly from the Kenyan population, I specifically tested an information campaign that focused on how vote buying decreases the quality and availability of social services. The text of this message reads:

When you accept bribes from candidates, you help elect leaders who will steal money from public services. Therefore, taking a bribe at election time can impoverish your family and your community.

I also tested a message that highlighted that vote buying is socially unacceptable.

When you accept bribes from candidates, you look untrustworthy to your neighbors and members of your community. Therefore, taking a bribe at election time can encourage your community to look down on you.

Both of the messages in my study appeared to change people’s attitudes, as fewer voters who were randomly assigned to receive messages in the study said they would sell their votes relative to those who did not receive any message.

A similar experiment in Uganda, using the same type of messaging, found that whilst
the messaging didn’t stop voters from taking money, they were much more likely to vote for candidates that likely didn’t give them a bribe.

Such behavior could therefore also discourage vote buying in future elections when politicians see that they wasted their money.

Addressing politicians
Policies could also target the supply side – the politicians.

The first option is to change institutional incentives. In the Kenyan case, for example, making elected office less financially desirable, something that has been attempted with only a small amount of success, could help. While it varies somewhat and is difficult to calculate, the take home (net) pay of a Kenyan MP is approximately 700,000 Kenya shillings (about US$7,000) a month. Indeed, elected politicians’ salaries are high by African standards. Given how high salaries are, prospective politicians could be willing to engage in illicit behavior to achieve political office.

A second option could be to threaten legal enforcement. But this will be hard to enforce against politicians who are often able to hide their vote-buying behavior by using agents and sometimes have enough political connections or clout to the bend the judicial system to operate in their favor.

Finally, there’s the intriguing option of attempting to change social norms among politicians. This could involve the public signing of pre-election pacts among candidates. In these pacts, politicians could agree not to engage in vote-buying. A few of these types of pacts have been signed in other countries, like Nigeria, some specifically mentioned vote buying. Such public signaling could help change the social norms around such type of behavior.

Whether the solution is on the supply or demand side, many agree politics in Kenya would improve with a drastic reduction in vote trading.

When Your Career Dreams Scare Your Parents