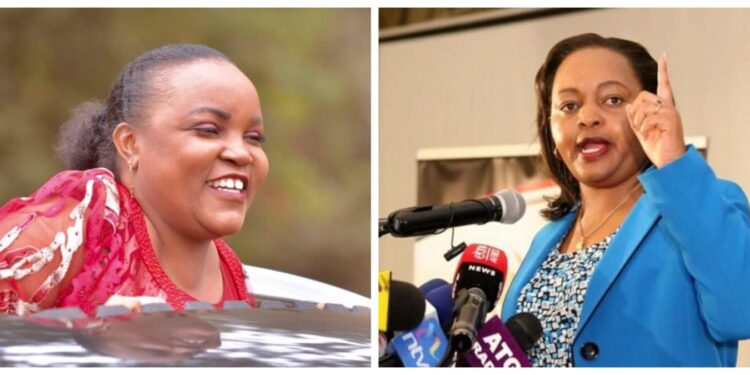 Waiguru now wants the Independent Electoral and Boundaries Commission (IEBC) to stop counting votes in the county over the alleged malpractices.

Waiguru alleged that there was stuffing of marked ballot papers at the Kianyaga polling station through the back door.

She says the individuals had included the illegal addition of two governor’s ballot boxes in broad daylight.

Waiguru, the UDA candidate is seeking to defend the  seat she won in 2017 under the Jubilee party

She is facing stiff competition from Purity Ngirici, who is running on an independent ticket.

Ngirici is the outgoing woman representative of Kirinyaga county

Provisional results are putting Ngirici ahead of Waiguru