We Will Work With Those Willing To Work For Kenyans – Raila 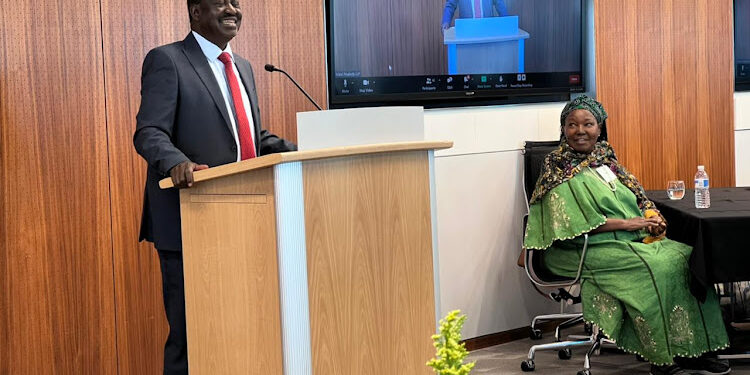 Azimio presidential candidate Raila Odinga in the US. Image: RAILA/FACEBOOK

We will work with those willing to work for Kenyans,  Azimio-One Kenya Alliance presidential candidate Raila Odinga has said.

The ODM Leader, who is in the United States, said on Monday evening that they will also walk with those willing to walk with them.

“And stand with those willing to stand with us. This is my message from Kenya to the world,” he said.

Raila said this as he held insightful conversations with the Constituency for Africa group at the Peabody building in Washington DC on Monday evening.

Raila started his tour of the US with a meeting with Kenyans in Washington, DC.

Mr. Odinga, who is accompanied by at least three governors, seven MPs and a host of Azimio leaders, explained his vision for the country if elected on August 9.

The former premier’s spokesperson Dennis Onyango said the town hall meeting with Kenyans marked the beginning of a packed programme in the US.

The Azimio presidential hopeful is expected to cut short his US trip to attend retired President Mwai Kibaki’s funeral.

He will return to the country on Wednesday.

He was expected to be in the US for one week.