Why Rains Will Be Poor, Met Department Explains and Revises Forecast 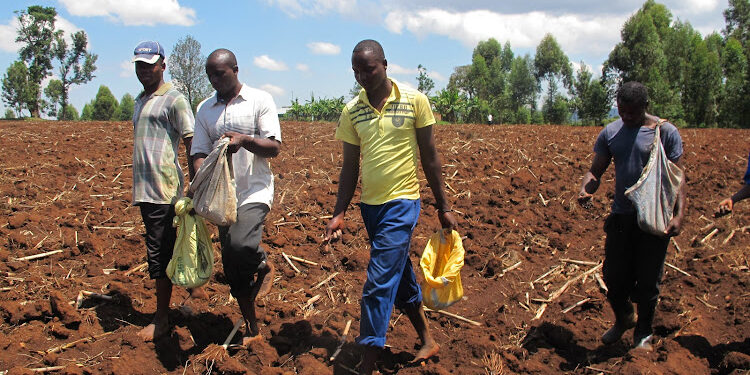 The highly anticipated Rains will return towards the end of this week but will be poorly distributed until the season ends, the Met department has said.

This means most of Kenya (except the Western region) is facing the grim prospect of another failed season.

This is a drastic change from the forecast issued in March predicting enhanced rains during the March-May season.

Met department boss Stella Aura said they were only 35 per cent sure when they issued the earlier forecast.

This is because some of the key drivers of long rains often change quickly and are only predictable over a short time.

“Therefore, despite the timely onset of rainfall over several parts of the country, the distribution for the remaining part of the season is likely to be poor, especially over the eastern sector of the country,” she said in a statement.

This means the current high food prices and shortage of food in northern Kenya is unlikely to end soon.

However, the current dry spell in the first two weeks of April was accurately predicted in the monthly forecast for April.

“In May, the Western sector of the country is likely to experience enhanced rainfall and near average rainfall is expected over the Central and the Southeastern lowlands,”Aura said in the revised March-May forecast.

“Below average rainfall is expected over the coastal and the Northeastern regions.”

She said warmer than average sea waters over the Indian and Atlantic Oceans have led to low pressure over the Southern Hemisphere.

This, coupled with higher pressures over the Northern Hemisphere, has delayed northward movement and proper establishment of the rain-bearing belt over Kenya.

Additionally, a key driver of convection over the Indian Ocean that is only predictable at shorter time scales.

The Madden Julianne Oscillation, is currently not favourable for wet weather activities in Kenya and is expected to remain unfavourable during the first half of April, she explained.

“The spatial and temporal distribution of the rainfall for the remainder of the season is expected to be generally poor over the whole country,” Aura said.

During the remaining part of the season (April and May), near average rainfall with a slight tendency to above average rainfall is expected over the highlands west of the Rift Valley, the Lake Victoria Basin, Central and South Rift Valley and the Northwestern regions.

Near average rainfall is expected over the Mt Kenya areas including Nyandarua, Embu, Meru Nyeri, Nairobi, Ukambani and Voi and parts of the Northeast (Central and Western parts of Marsabit county).

Below average rainfall is expected over the Coastal strip and most of the Northeastern Kenya.