At Least 6% of Fishing Globally is Done Illegally, Study Reveals 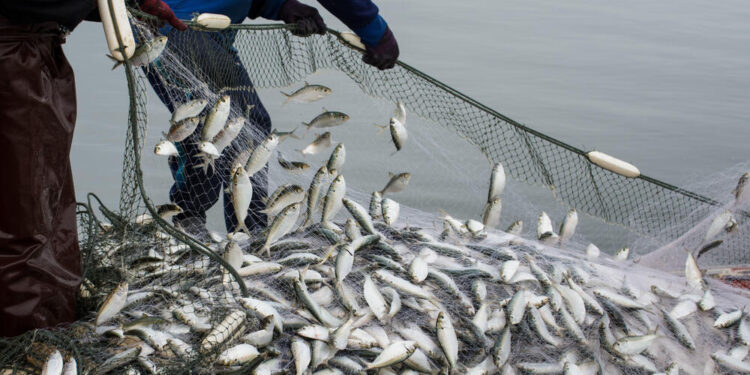 Illegal, unreported and unregulated (IUU) fishing is the third most lucrative natural resources crime after timber and mining. Photo: Courtesy

A new study that applied a machine learning algorithm to a dataset of fishing vessel activity compiled by the non-profit Global Fishing Watch has revealed that up to six per cent of global fishing happens secretly to prevent commercial vessels from disabling their tracking systems.

According to the study, ships use automatic identification systems (AIS) – tracking beacons that allow ships to be located on global shipping maps. The study established geographical hotspots for ships disabling their trackers in west Africa, the coast of Argentina and the north-west Pacific. Illegal, unreported and unregulated (IUU) fishing, the findings of the study suggest, most likely is happening in these places.

Illegal, unreported and unregulated fishing accounts for close to one-fifth of global fisheries’ catches, leading to at least $23.5bn (£20bn) in economic losses every year. “It is the third most lucrative natural resources crime after timber and mining. It is also a big driver of marine ecosystem destruction and has been linked to human rights violations, Dan Collyns adds.

Heather Welch, a spatial ecologist at University of California Santa Cruz and the report’s author, said: “This is the first time intentional AIS disabling has been quantified and mapped on a global scale.” “Prior to this work, we didn’t have an understanding of how big a problem disabling is, where it happens, who does it and why they do it,” he added.

AIS systems, as Collyns notes, are not universally mandated, and the act of disabling an AIS device is not in itself illegal. “Legal reasons for disabling include hiding a location from competitors, and sometimes pirates. But ships going dark is a “big red flag”, according to Global Fishing Watch,” he writes.

The study indicates that AIS disabling was “highest near transshipment hotspots and the maritime boundaries of countries’ exclusive economic zones (EEZs), particularly contested ones.”

At least 40 per cent of the total hours lost to suspected disabling occurred across four IUU hotspots: the north-west Pacific 13 per cent, next to the EEZs of Argentina 16 per cent, west African nations eight per cent and near Alaska three per cent.

Senators Push to Amend the Constitution

Impact of Russia-Ukraine Crisis in Africa