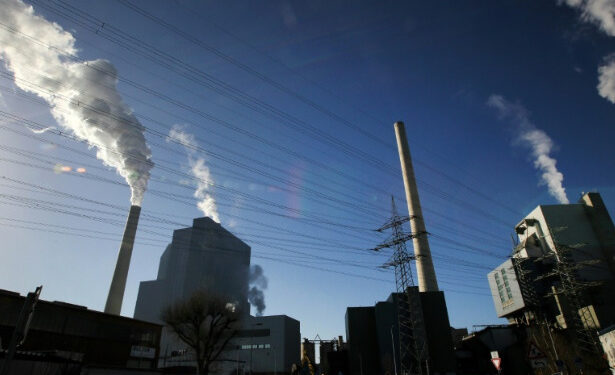 In order to end its depedence on Russian gas, Germany may need to keep coal power plants in reserve, like this one in Mannheim | Daniel ROLAND

In a previously unthinkable step for Chancellor Olaf Scholz’s young government, the crisis even has politicians considering delaying Germany’s planned exit from nuclear energy and coal to keep the lights on.

“We will change course to overcome our import dependence,” Scholz said Sunday at an extraordinary session of the Bundestag, or lower house of parliament, on the Ukraine crisis.

The decision represents a massive and expensive reversal for the government which has banked on Russia to secure its energy needs over the past two decades.

With Russia increasingly isolated internationally as a result of economic sanctions over Ukraine, Berlin can no longer rely on Moscow to keep supplying over half of the country’s gas.

While energy supplies have largely been exempted from the West’s response, policymakers still needed to “prepare for a scenario” where Russia “stops gas deliveries”, Finance Minister Christian Lindner said on Tuesday.

Initially, Germany hopes to substitute Russian supplies with larger deliveries of liquefied natural gas (LNG), a super-chilled form of the fuel, which can be imported by sea from producers such as the United States or Qatar.

The German government made a splash in the LNG market on Wednesday by announcing it was earmarking 1.5 billion euros ($1.7 billion) for the fuel.

But Germany lacks the infrastructure to absorb huge new supplies, with no LNG terminals along its coast where tankers can dock.

Their absence means it will have to import supplies through one of the European Union’s 21 other terminals, a costly solution at a time when energy prices are soaring.

“Germany must build its own LNG terminals with the necessary connections and infrastructure,” the economy ministry concluded last week.

A number of projects, which had stalled because of a lack of political and financial backing, could also receive “public support”, the ministry said.

In the northern town of Stade, on the Elbe, the construction process for one project is about to get under way.

“The technical assessments are complete,” Hanseatic Energy Hub, the company behind the project, told AFP.

Meanwhile, in Wilmershaven, on the North Sea coast, the Belgian group TES is also planning to build a facility.

The terminals could, however, take some time to come online. “The approval process takes a minimum of three years, and two for construction,” Karen Pittel, energy expert at the Ifo institute think-tank, told AFP.

The narrow room for maneuver has cast doubt over Germany’s ambitious timetable for its transition towards renewable energy.

Germany’s governing coalition of the Social Democrats, the Greens and the liberal FDP, in office since December, had promised an earlier exit from coal in 2030 and maintained Angela Merkel’s decision to exit nuclear by the end of 2022.

Paradoxically, natural gas was to play a crucial bridging role in the planned green shift, providing a ready energy supply when the wind is still, or the sun does not shine — at least until the technology to store the energy produced by renewables catches up.

“There are no more taboos,” Economy and Climate Minister Robert Habeck declared recently. “In the short term, we may need to hold coal power plants in reserve out of caution,” he said.

The Green party minister likewise did not rule out pushing back the closure of the country’s last three operational nuclear power plants.

The government would, however, face significant challenges were it to pursue the nuclear option. “You cannot just extend a nuclear plant you have decided to close like that,” energy expert Pittel said.

There were “extremely high hurdles, on a technical and administrative level” to keep the plants going, the plant operator RWE told German daily Handelsblatt.