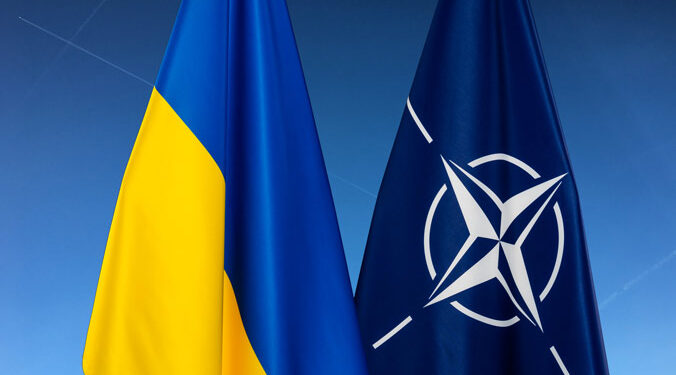 Russia has invaded Ukraine, and NATO’s full support for Ukraine is far from clear.

Muslim Chechen troops in Ukraine are leading the Russian invasion.

Incredibly, the fiercest fighting arm of the Russian army are Muslims & Chechens who are the tip of the sword.

Russians are also taking serious loses during their invasion. ATGMs provided by NATO are coming in useful.

Pakistan has already mentioned their position, that they will not be a part of any international block & military operations and are not the solution of anything.

Zelensky: We are alone in this fight

Ukraine’s President has said his country is “alone” in its fight with Russia after a massive Russian offensive in which more than 1500 Ukrainians have been killed so far.

The Ukrainian President said he had asked 27 European leaders, “Everyone is scared.”

“We were given a security guarantee. NATO allies and the United States withdrew their support We were given the hope of joining the European Union. At this time, we are in dire need of a US-NATO alliance. My family (Kiev) and I are in the capital of Ukraine, we are not traitors. We will defend our country. We have nothing left to lose”

“We have no plans or intentions for the deployment of NATO troops in Ukraine. We have been very supportive of them”.

NATO has provoked Ukraine against Russia for the last 8 years and when Russia launched its attack on Ukraine, NATO came out of the narrow alley.

This is the time and reality of the West and NATO who were telling Ukraine to fight Russia, we are with you, help will come; we assure you help, provoke, then threaten with impending danger, and push into war when the catastrophe strikes, look back and watch the spectacle as the West did in Afghanistan, Iraq, Syria, Yemen.

Ukraine was formerly part of the Soviet Union; joined in 1919 and separated in 1991.

Whenever a country invades Ukraine, all NATO countries will side with Ukraine and fight the enemy of Ukraine.

This was the very first time when Pakistan was being forced, and at that time you all must have heard the word nuclear program roll back repeatedly for the first time inside Pakistan, but Pakistan had refused to listen. Ukraine agreed and finished its nuclear program.

Russia invaded Ukraine, but no one came to the rescue. No one protects anyone. Everyone has to protect themselves.

War is not the solution to any problem but war itself is a problem that gives rise to human tragedy. No country fights with passion but circumstances push it into war, and it must fight its war.

This is the greatest lesson of history.

Many questions are being raised that Ukraine is not in the neighborhood of the United States. There is no US military base here. This country does not even have vast oil reserves. But the absence of these interests has not deterred past U.S Presidents from attacking and interfering with other countries, so why is Biden now reluctant to send troops?

It has targeted as many military targets as possible and also threatened the United States and its allies that it would suffer losses if it went ahead and interfered.