Justina Wamae: “I tender my resignation as a member of the Roots Party of Kenya” 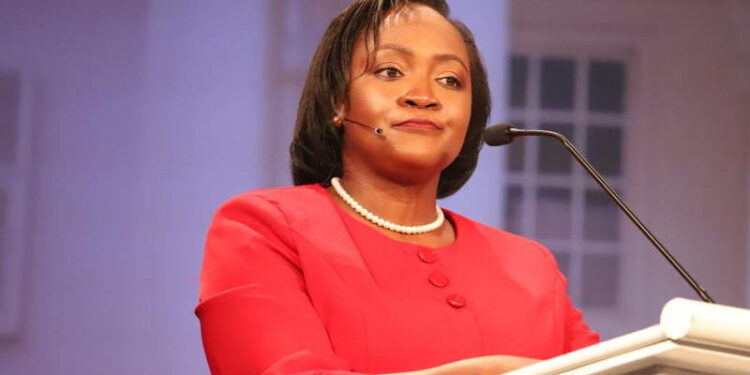 On Thursday September 22, Justina through a statement, said her role as the root party leader’s running mate ended when Ruto’s win was upheld.

“My role as Roots Party of Kenya Presidential Running mate lapsed with the declaration of H.E President William Ruto and H.E Deputy President Rigathi Gachagua on the 16th of August 2022 and subsequent upholding of the election by the Supreme court of Kenya on the 5th of September 2022,” the statement read.

“In this regard, I tender my resignation as a member of the Roots Party of Kenya. Kindly accord the ORPP the requirements for my name’s prompt removal from your party register,” the statement read on.

Justina had a fallout with the party leader Wajackoyah, after he claimed she neglected her roles and misrepresented their party.

“The party would like to address you that you have continuously and maliciously misrepresented the position of the party and that of the party leader having blocked him and other party officials.

“That you have in your utterances contradicted yourself on Citizen Digital and the KTN and recounted the contradiction hence your allegiance to the party manifesto is questionable,” read part of the Roots Party statement.

El Clasico: Barca Humiliate Real Madrid with a 4-0 Rout at The Santiago Bernabeu