This is a big step toward Elon Musk's reusable mega-rocket 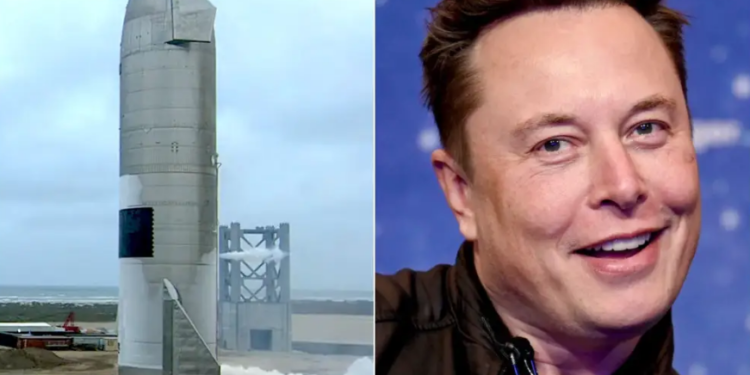 The SN15 prototype stuck the landing, left, a big step toward becoming the reusable rocket Elon Musk wants it to be | SpaceX; Britta Pedersen-Pool/Getty Images

On Wednesday, SpaceX sent the latest prototype of its mega-rocket system roaring 6 miles above Texas, its fifth such launch since December.

SpaceX is no stranger to Starship launches, but unlike the four prior attempts, this prototype landed smoothly, without blowing up during its first moments back on Earth.

A previous prototype exploded 10 minutes after landing, after a fire burning around its skirt wouldn’t go out. But this time, the fire at the prototype’s feet appeared to be extinguished.

This version of the spaceship, called Starship serial No. 15, or SN15, followed the same trajectory as its predecessors.

The 16-story rocket lifted off from SpaceX’s launch facilities in Boca Chica, Texas. As it approached the peak of its flight, the vehicle shut off two of its three truck-size Raptor engines.

It hovered at roughly 33,000 feet before cutting the final engine, then tipped sideways and plunged back to Earth.

As it neared the ground, the engines reignited to flip the rocket upright, and then it lowered itself to the landing pad.

As of Wednesday afternoon, SN15 was still sitting upright and intact on the landing pad.

A final version of this mega-spaceship is set to become NASA’s next moon lander — the vehicle that could put boots on the lunar surface for the first time since 1972.

Musk has an ambitious vision for the launch system.

The prototypes his company is launching are meant to be the upper stage of a two-part system.

Musk wants this system to carry humans into low-Earth orbit, to the moon, and even to Mars, then return to Earth to do it again.

“Somebody’s got to do this. And if you have rapid and complete reusability, then that is the gateway to the heavens.”

The smooth landing of SN15 gets Starship a big step closer to being the reusable vehicle Musk wants.

“It’s a tough vehicle because we’re trying to crack this nut of a fully and rapidly reusable rocket,” Musk said in a NASA press conference on April 23.