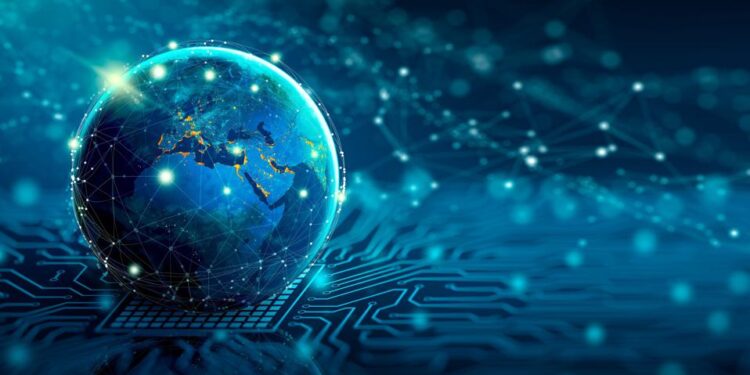 "Shaping the Future: How Technology is Transforming Industries and Society" Photo Courtesy

Are we becoming too reliant on technology to make our daily decisions?

In today’s fast-paced world, technology is advancing at a breakneck speed and is becoming an integral part of our daily lives. From smartphones to smart homes, to self-driving cars to drones, artificial intelligence (AI) and the Internet of Things to 5G and beyond.

The technologies of today are laying the foundation for a world that is smarter, more connected, and more efficient than ever before, and we can’t deny technology’s impact on our day to day lives. It’s clear that technology will continue to shape our world in ways we can’t yet imagine. The question is, are we ready for it?

Keen on Artificial Intelligence (AI)! There are a lot of myths and misconceptions surrounding the potential and future of AI in the near future.

Also Read: Ai is the Future: Exploring the Exciting Possibilities of Artificial Intelligence

AI has the potential to automate certain tasks and functions that are currently performed by humans, with better accuracy and efficiency. With such abilities, we can maximize productivity and performance which indirectly translates to cost savings. It is good to understand that AI however cannot replace human functions entirely and is not a panacea.

Giving an example of a job function in the ‘tech’ sector that is almost irreplaceable by AI is Project Management. A project manager in layman’s is someone that oversees planning, organizing, and directing the completion of specific projects for an organization while ensuring these projects are on time, on budget, and within scope. Some of the functions and skills required to execute their job successfully can be done with an AI system.

However, such skills as ability to effectively communicate with project team members, stakeholders and clients, as well as the ability to lead and motivate a team, identifying and solving problems quickly and effectively, the ability to manage and prioritize multiple tasks and meet deadlines, being able to read and understand people, build strong relationships, and manage conflicts can only be possessed by a living breathing human being with emotional capacity.

One QA engineer (asked to contribute her opinions anonymously) with deep understanding of Agile work methodologies questioned the ability of an AI system in managing time in cases of tight deadlines.

“I have experience with project management tools such Jira, which in my knowledge helps track project stages such as development, code review, then testing. If the project is stuck or there is no progress, you get to track what stage the project is to determine who is responsible for the derail” she said.

“Such situations require human confrontation with whoever is responsible, e.g., is it the developer? Is it the tester?” she added.

“You can’t feed a machine with instructions to explain to a developer or tester of the urgency or seriousness of the work at hand, can you?” She asked.

I told her NO. I barely understood most of the words and vocabulary used in the bigger part of the interview, but I bet you get my point from the above snippet.

Conflicts and disagreements tend to happen in such work environments with cross-functional teams involved in various stages of project development.

“On a personal level, I try to resolve conflicts as a small unit, and when it’s beyond me I take it up with my seniors,”

“Escalation works in conflict solving, whereby the issue is raised through email, tagging the ‘who is who’, which helps with accountability for mistakes done etc.” Rita said.

Irreplaceable human abilities if you ask me.

We are always talking of time management with lifetime quotes like “Time is Money”. Guess what? AI could be the answer we all have been looking for!

Also Read: What you Need to Know about ChatGPT, the New Chatbot in Town

AI systems can perform certain tasks better than humans, such as analyzing substantial amounts of data, identifying patterns, and making predictions. They can also perform repetitive tasks quickly and accurately, without getting tired or making mistakes. This makes them ideal for tasks such as data entry and customer service.

It’s a bit annoying how much power people on the “streets” (not with so much knowledge of AI) give the systems.

One of the most pervasive misconceptions about AI is that it will lead to widespread job loss. The WEF report estimates that by 2025, 85 million jobs may be displaced due to a shift in the division of labor between humans and machines. It’s very unlikely to lead to widespread unemployment but will affect primarily entry-level positions that involve routine tasks.

The other day someone told me AI works exactly like a human brain. With my little knowledge of the fascinating and addictive bot system, I’d like to think otherwise.

I mean, despite its advanced capabilities, AI lacks the ability to understand and interpret its environment and learn from it in the way humans do. For instance, virtual assistants like Siri or Alexa can perform specific tasks, like scheduling appointments, but may struggle to respond appropriately when the conversation strays from their programmed capabilities.

According to a 2016 study, AI experts predicted that there is a greater than 50% chance that AI systems will achieve human-like abilities by 2040-2050. Co-author of a widely used AI textbook, Stuart Russell, believes that super intelligent AI will arise within the lifetime of the current generation.

CEO of AI company OpenAI, Sam Altman, predicts that in the next few decades, computer programs will be able to perform a wide range of tasks, including making groundbreaking scientific discoveries that will broaden our understanding of the world.

With such sentiments from experts, AI will impact such industries as healthcare around the world.

Most of it is infancy but imagine AI-powered virtual nurses and chatbots that can provide patients with 24/7 access to healthcare information and assistance, robots that can assist surgeons in performing complex procedures such as cancer surgeries, drug discovery and development or even better AI providing an analysis of patient data to predict which patients are most likely to develop certain conditions or require certain treatments. This can help healthcare providers to proactively address potential health issues before they become serious problems.

It’s important to consider the trade-offs and limitations of AI when deciding whether to use it for a particular task. In most cases, a human-AI collaboration will be more effective and efficient than either one alone.