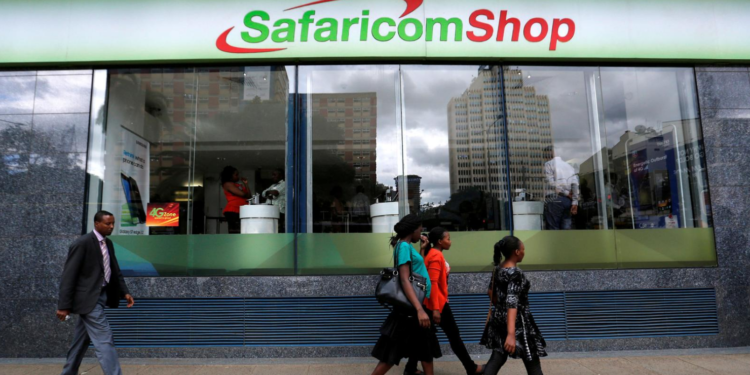 It has started trials of the high-speed fifth generation (5G) network service using technology from Nokia and Huawei.

Safaricom said last year it would consider Huawei for its 5G network rollout despite warnings from the United States, who have urged countries not to include Huawei in their 5G plans, citing security concerns, which Huawei has denied.

In May 2019, United States President Donald Trump announced that Huawei — along with several other Chinese companies — was now on something called the Entity List. Companies on this list are unable to do business with any organization that operates in the United States.

The trials, which started with four Kenyan cities and towns on Friday, will be expanded to 150 sites in nine urban areas in the next 12 months, Safaricom said in a statement.

“Today marks a major milestone for the country. With 5G, we aim to empower our customers with super-fast internet at work, at home and when on the move, supplementing our growing fiber network,” said Chief Executive Ndegwa.

He added, “That they (Huawei) are used all over the world. we find them to be reliable.”

Safaricom is the market leader in the mobile data segment in Kenya, with 67.5% of total users as of last September, statistics from the regulator Communications Authority of Kenya showed.

“I congratulate Safaricom on this milestone, reinforcing the country’s position at being at the forefront of innovation in the region and the world. 5G technology will usher increased internet speeds and capabilities for millions across the country, laying a strong foundation for a new generation of innovators and entrepreneurs,” said Joe Mucheru, Cabinet Secretary, Ministry of Information and Technology.

“As the government we cannot license a technology that we have not tested to ensure its safety and viability. We have worked with the company (Huawei) before and we can assure Kenyans that it’s safe for use,” added CS Mucheru

The company has a 35.6% share of the small but growing internet to home and office by fiber market, CAK said.

The Tech Behind 5G

The new 5G network will give consumers internet speeds of 700 megabits per second, more than three times faster than the current 4G network. It will also allow Safaricom to offer an alternative service for homes and offices in areas which are not currently covered by the its fiber network, the company said.

This makes 5G suitable for providing super-fast internet speeds in high density areas and for linking thousands of connected devices such as in manufacturing and supply chain management for businesses. Nokia and Huawei have been chosen as the two technology partners to implement the roll out of Safaricom’s 5G network.

The technology will also support far many more devices to connect to the internet in a given area, compared with the existing network.

For Gabon’s football players, the name of the game is survival