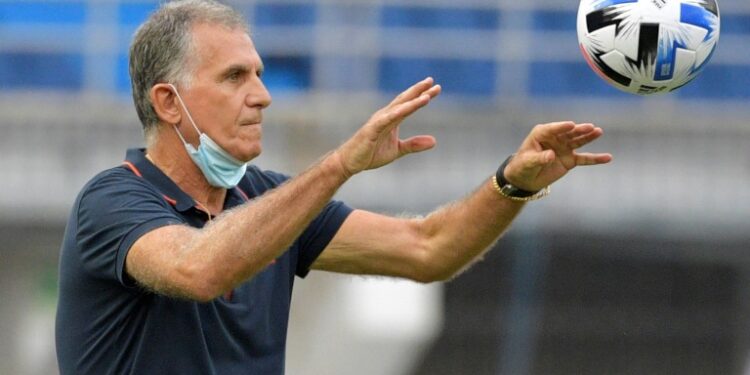 The announcement of a new coach for South Africa’s football team, scheduled for Saturday, has been postponed until next week because of “global Covid-19 travel issues”, the national association said.

Bafana Bafana (The Boys) play Zimbabwe away between June 5-8 and Ghana at home between June 11-14. Ethiopia complete Group G and only the winners advance to the final qualifying phase.

Queiroz coached South Africa for two years from 2000, guided them to the 2002 Africa Cup of Nations quarter-finals in Mali and qualification for the 2002  World Cup in South Korea.

He was sacked before the World Cup and went on to assist legendary Manchester United manager Alex Ferguson either side of a spell in charge of record 13-time European champions Real Madrid.

His last post was coaching Colombia, who fired him four months ago after slumping to seventh in the South American qualifying group for the 2022 World Cup in Qatar.

South Africa have failed to match expectations since winning the 1996 Cup of Nations just four years after an apartheid-induced, multi-decade ban from international football.

They were 15th in the April African rankings and 75th in the world.

Akothee Comes To Omosh’s Rescue, Says She’s Willing To Help Sort His Problems Once And For All