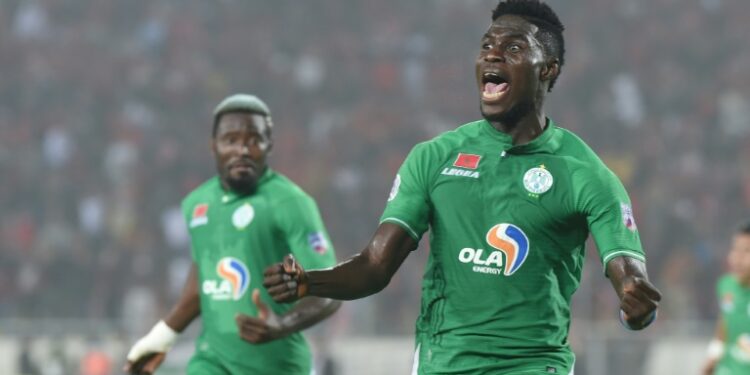 Neither team have lost since the play-offs last February in the African equivalent of the UEFA Europa League.

Raja have gone 10 matches since an away defeat, at US Monastir of Tunisia in a tie they won via a penalty shootout.

Kabylie have an even better record, going 11 matches unbeaten after losing at former title-holders Stade Malien of Mali in a tie settled by the away goals rule.

Raja were particularly impressive in the group phase that followed the play-offs, winning all six matches without conceding.

Kabylie topped their mini league, which ended with the shock elimination of 2020 Confederation Cup winners Renaissance Berkane of Morocco.

The Green Eagles of Raja won easily in the quarterfinals and narrowly in the semi-finals and the Canaries of Kabylie did it the other way round by scraping into the last four, where they cruised to victory.

So, the stage is set for a close final at the Stade de L’Amitie with Raja seeking an eighth CAF title and Kabylie a seventh.

Raja last succeeded in 2018, edging V Club from the Democratic Republic of Congo when the Confederation Cup final was still played over two legs.

It has been 19 years since Kabylie last raised a CAF trophy, overcoming Tonnerre Yaounde of Cameroon 4-1 overall in the final of the CAF Cup, one of two competitions that morphed into the Confederation Cup.

Both teams have potential match-winners in Ben Malango of Raja and Redha Bensayah of Kabylie.

The leading Kabylie scorer, captain Bensayah, has also netted five times. Defender Badreddine Souyad comes next with four goals, thanks in part to his penalty taking.

Should Raja succeed, they will become the first Moroccan club to win the Confederation Cup twice. They are one of five teams from the country to have won the competition once, along with FAR Rabat, FUS Rabat, Maghreb Fes and Berkane.

No Algerian club has won the competition with Entente Setif and Mouloudia Bejaia coming closest by finishing runners-up.

This will be the first CAF final staged at a neutral venue with Champions League winners Al Ahly of Egypt and Berkane playing at home when they triumphed last season in the first single-match deciders.

Benin authorities say that, owing to coronavirus restrictions, the crowd will be limited to 12,000 in a recently refurbished stadium that can accommodate 20,000

Paul Muite Addresses Rumors That He Has Cancer