by Linda Amiani
in Athletics, Sports
0 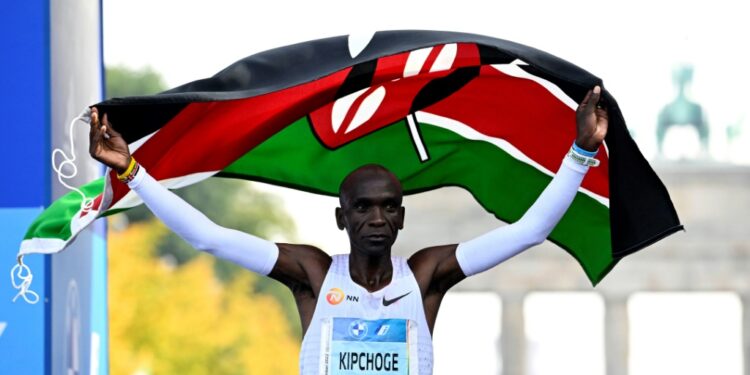 Kipchoge has described the scourge of doping in Kenyan athletics as and 'embarrassment': IMAGE/AFP

The government has reiterated its commitment in the fight against doping, a move that has seen the state commit an additional 5 million dollars a year to aid its eradication.

Youth Affairs, Sports and The Arts Cabinet Secretary Ababu Namwamba, said the government wants the resources it deploys to the Athletics Kenya and the Anti-Doping Agency of Kenya (ADAK) for testing, investigating and enforcement issues across the spectrum be used in taking decisive action against doping.

He announced that the government has put in place a multi-agency team that includes the security team, Athletics Kenya and ADAK to apprehend those involved with doping, adding that a suspect was arrested in a ring that is under the list of government investigations.

“I am issuing a warning to anyone who is caught that the days of those involved in any doping activity are numbered and once they are caught they will be dealt with decisively,” said Namwamba.

In the recent past, there has been an increase in cases of doping within the country which has become a major issue in athletics.

Speaking during a press briefing at the Kenya National Library Services building in Nairobi, Namwamba however, noted that Kenya’s situation cannot be compared to other countries where doping has been proven to be sponsored by the state.

“The government has sent a clear message to the World Athletics Council (WAC) that doping in Kenya is not state sponsored and the state is at the forefront in fighting doping,” said Namwamba.

He at the same time stated that the country has been listed as an agenda in the next meeting of the WAC for possible sanctions being taken against the country.

The CS said WAC should only be taken against criminals engaged in doping and not the country.

Speaking at the event, the President of Athletics Kenya, Jackson Tuwei said that the rise in doping cases within the country in the past one year has been caused by the Covid pandemic which hit the country in 2020 leading to interruption of all sporting activities globally.

He said athletes went for two years without events and training and were expected to perform well after the pandemic.

“Unscrupulous fellows, particularly middlemen and brokers started speaking to the athletes after the Covid pandemic convincing them that they can do better even without proper preparation and hard training by use of drugs and injections,” said Tuwei.

He said Athletics Kenya is educating the athletes on the dangers of doping and they are mostly concentrating on the under twenty-year olds.

Tuwei acknowledged the CS for considering the issue and seeing the need of increasing funding for the purpose of testing athletes and registering the training camps and coaches.

Meet Me Or I Report You To DCI As Missing Person, Wa Iria Tells Chebukati