by Carol Mwanzia
in Cricket, Sports
0 0
0 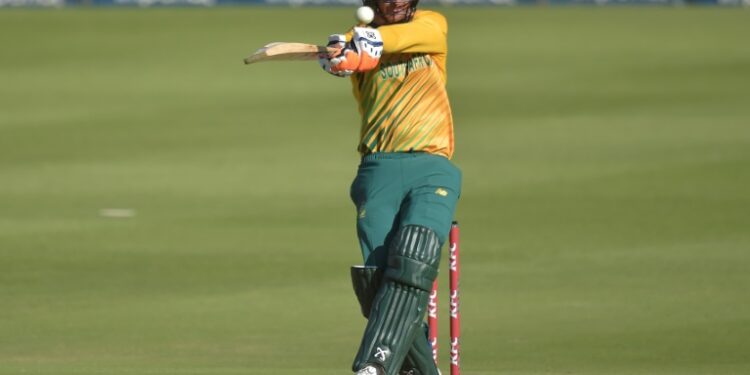 842
SHARES
1.1k
VIEWS
Share on FacebookShare on TwitterShare on WhatsApp

Opening batsman Aiden Markram and stand-in captain Heinrich Klaasen made hard-hitting half-centuries for South Africa in the first Twenty20 international against Pakistan at the Wanderers Stadium in Johannesburg on Saturday.

Markram hit 51 off 32 balls and Klaasen scored 50 off 28 deliveries as a depleted South African team made 188 for six off 20 overs after winning the toss.

Pakistan struck back strongly in the last four overs after South Africa had been well-placed at 159 for three after 16 overs.

Klaasen was captaining South Africa in the absence of the injured Temba Bavuma, while Markram was a late inclusion in a side hit by a spate of injuries.

The Proteas were also without five players whose contracts with their Indian Premier League teams took precedence.

Pakistan included two players, Haider Ali and veteran Mohammad Hafeez, who were not part of their winning one-day international team in a series which ended on Wednesday.

Apple comes out swinging against Tile after EU complaint

Kenya and the US to Launch Fresh Talks on Trade Deals