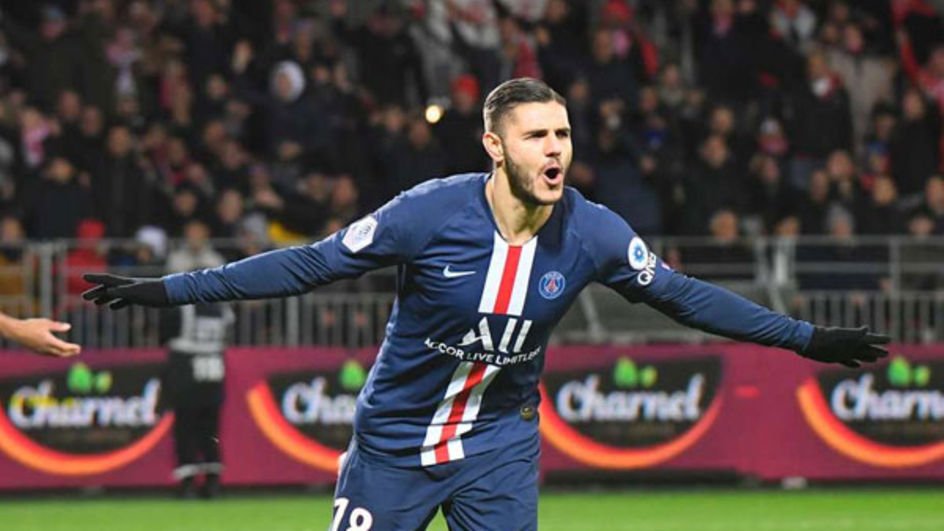 MILAN – But despite being twice Serie A top scorer in 2015 and 2018, he failed to win any trophies in Italy, fell out with the Inter Milan hierarchy in February 2019, and was stripped of the club captaincy. He was frozen out when Antonio Conte took over as coach this season

Paris Saint-Germain has signed Argentina international Mauro Icardi from Inter Milan on a four-year deal after taking up the option to buy the on-loan forward, the two clubs announced on Sunday.

Icardi joined PSG this season and impressed with 20 goals in 31 games before the Ligue 1 campaign was stopped and his club crowned champions because of the coronavirus pandemic.

“Paris Saint-Germain is delighted to announce the signing of Mauro Icardi on a permanent deal, following the striker’s loan from Inter Milan during the 2019-2020 season,” the French club said in a statement.

Icardi, who has eight caps for Argentina, but also holds an Italian passport, has signed a four-year deal until June 30, 2024.

Given the current economic situation, the French champions succeeded in reducing the fee “to under” 60 million euros ($66 million), as opposed to the 70 million euros initially requested, according to the French and Italian sports press.

This is the first major transfer in Europe since the crisis linked to the Covid-19 pandemic.

The 27-year-old Icardi’s recruitment could signal the departure of Uruguayan striker Edinson Cavani, 33, the top scorer in the history of the club, whose contract expires on June 30.

Icardi’s debut season may not have finished yet with the Champions League still to be concluded, perhaps in August.

Inter Milan thanked Icardi “for the six seasons he spent with us and wish him the best for his future professional career”.

But despite being twice Serie A top scorer in 2015 and 2018, he failed to win any trophies in Italy, fell out with the Inter Milan hierarchy in February 2019, and was stripped of the club captaincy.

He was frozen out when Antonio Conte took over as coach this season.