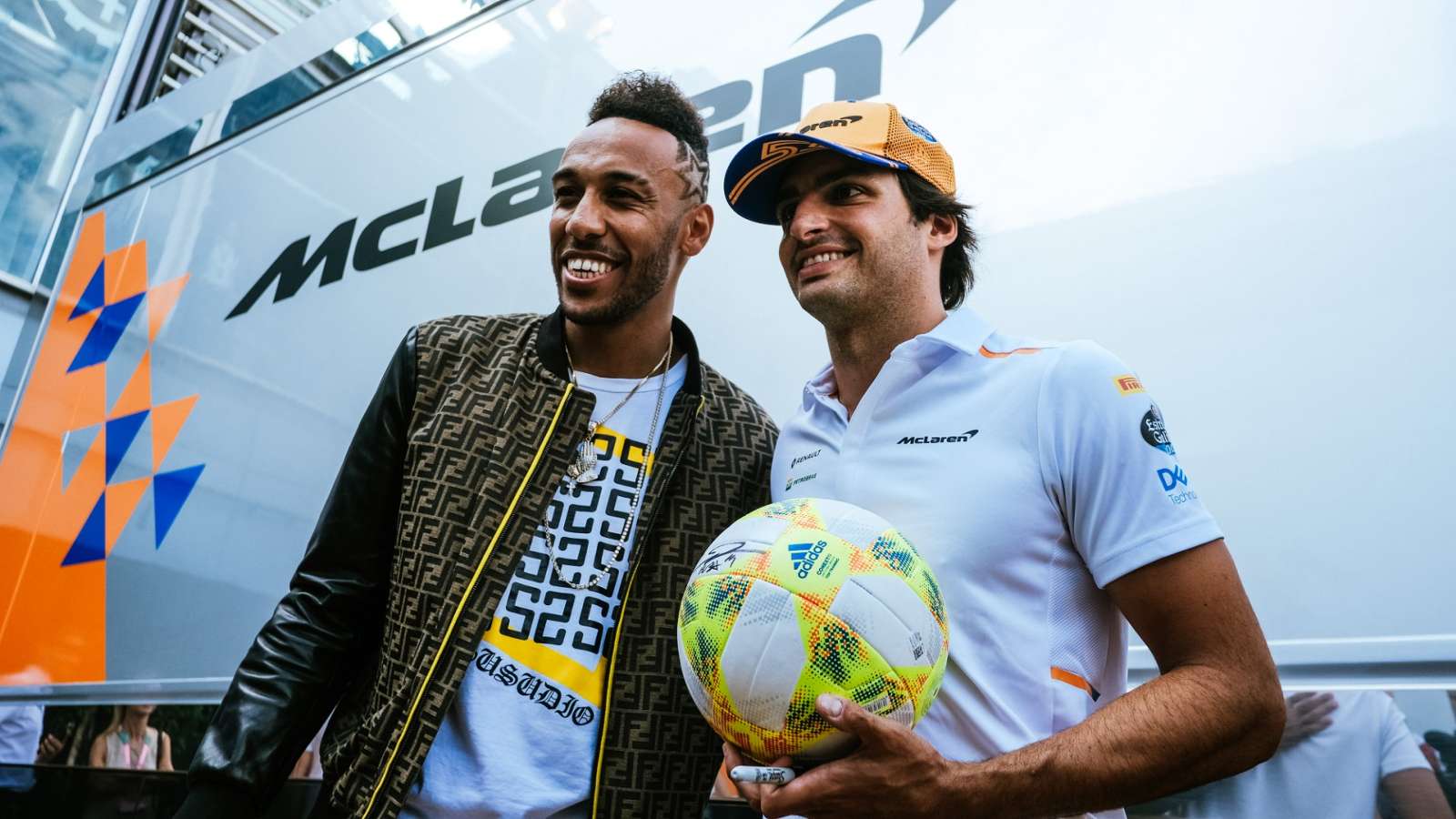 ‘Something is cooking’ – Aubameyang to follow Ozil as Arsenal star plans eSports team. The Gunners captain will be competing for McLaren in the virtual Monaco Grand Prix on Sunday evening, which will be shown live on Sky Sports F1.

Pierre Emerick-Aubameyang could soon follow in the footsteps of Mesut Ozil and Bernd Leno and launch his own esports team.

The Arsenal captain, who will be competing in a Virtual Monaco Grand Prix on Sunday evening which will be shown live on Sky Sports, has long been known for his love of gaming.

Ahead of the race, which will see Aubameyang racing for McLaren alongside Lando Norris, the 30-year-old admits esports is something he might start exploring more seriously soon.

“I play FIFA of course”, said the Gunners front man, when asked about his love of gaming. “But this year [I’ve played] a lot of Forntite and I definitely need to play Call of Duty: Warzone. I’m actually thinking about launching an eSports team and Rocket League is definitely a game that I’d need to have a team for.”

When quizzed further on starting up his own team, Aubameyang added: “Yes, definitely, something is cooking.”

Aubameyang would not be the first Arsenal player to move into the world professional eSports, with Mesut Ozil having launched his own team, M10 eSports, in August 2018 and goalkeeper Bernd Leno following suit soon after when he formed Leno eSports in 2019

On Sunday evening, Aubameyang will be competing against the likes of Valtteri Bottas and Charles Leclerc during the Virtual Monaco GP.

It is the latest in a series of virtual GPs which are being run to fill the void left by the delayed F1 2020 championship. Previous races have seen Sergio Aguero and Thibaut Courtois take part, with the Real Madrid keeper lining up on the grid again on Sunday alongside Aubameyang.

“I’ve trained hard and will try my best, the track is very difficult of course,” said the Gabon international. “I’ve watched Sergio [Aguero] and Thibaut [Courtois] race and they were very good, but I will try and beat them of course.

“I said to my team before that I love challenges, and this one is a big one for me. I will do my best to be the best of the celebrities, not the drivers!”

Aubameyang has just finished his first week back in training at Arsenal as plans for the resumption of the Premier League gather pace following the suspension of football across Europe due to the corona-virus pandemic.

Mikel Arteta’s squad started small group training on Sunday, May 17 at London Colney, with the Premier League still working towards a restart date in mid-June.

“We’re training separate at the minute, so it’s a bit different,” said Aubameyang.

“But I’m fit which is the most important thing. We’re just waiting for when it’s safe to get back again but we’re all missing football. They say maybe June, but we’ll have to see.”

The Virtual Monaco GP starts at 6pm on Sunday, May 24 and will be shown live on Sky Sports F1, Sky Sports Main Event and free channel Sky Sports Mix.

DP Ruto allies come to his defense ,ask Uhuru to carry own cross