by Linda Amiani
in Rugby, Sports
0 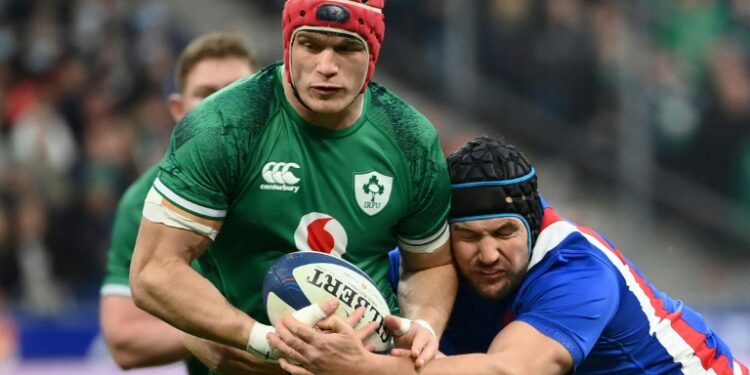 Ireland flanker Josh van der Flier was named world player of the year ahead of Johnny Sexton, Antoine Dupont and Lukhanyo Am: IMAGE/AFP

Ireland flanker Josh van der Flier was named men’s World Rugby Player of the Year on Sunday after helping his country to a first series away win in New Zealand and to the top of the global rankings.

Van der Flier, who has Dutch grandparents, scored five tries in 11 Test appearances throughout the 12 months, which included starting all three games in the victorious July tour over the All Blacks.

At domestic level, he crossed six times as Leinster reached the final of the European Champions Cup before losing to French club La Rochelle.

Elsewhere, Italy’s Ange Capuozzo, who can play across the back-three, claimed the Breakthrough Player of the Year prize.

Capuozzo started 2022 with French second-tier side Grenoble before ending it with a try in Saturday’s loss to South Africa a week after touching down during a win over Australia and creating a try in a win over Wales in the Six Nations.

New Zealand fly-half Demant, who succeeds English lock Zoe Aldcroft, was key to New Zealand’s World Cup victory, turning in a Player of the Match performance in the final as  the Black Ferns came from behind in the second half to beat England 34-31.

Demant’s fellow Black Fern Ruby Tui took the women’s Breakthrough Player of the Year award and Wayne Smith claimed the Coach of the Year prize after guiding the Kiwis to the title.

“It’s such an honour to win the award at 27 and a half years old. I think I’ve set the record as the oldest rookie in 15s! I’ll take it.”

Security Heightened At Bomas Ahead Of IEBC Unveiling Of Next President