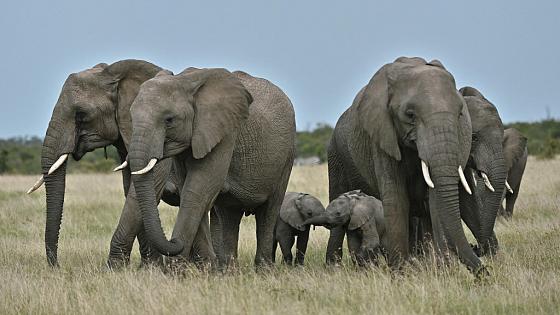 The Country is set to receive a troop of 13 elephants from the United Kingdom to be released into the Mwaluganje Elephant Sanctuary in Kwale County.

The elephants which were raised at the Howletts Wild Animal Park in Kent, UK, will be transferred in a joint project by UK-based nonprofit Aspinall Foundation, the Kenya Wildlife Services, and the David Sheldrick Wildlife Trust.

According to the National Environment Management Authority (NEMA), the project involves returning captive elephants in Europe across the 7,000-kilometer journey to Africa for rewilding.

The authority states that the herd has been living as a family in the UK and needs to be rewilded together to maintain the family bonds of the animals’ social structures.

The 13 jumbos were born in captivity in Europe and their ancestry has been traced to Tanzania, Zimbabwe, and South Africa.

Eight of the elephants are female, with the oldest being 34 while the youngest is 1.2. The project is expected to discourage the trade in live elephants in the global zoo industry.

NEMA’s Environment and Social Impact Assessment (ESIA) report said the process will be spearheaded by a team of highly skilled professionals.

“These include specialized vets, elephant capture specialists, logistics experts, load plan specialists and rewilding specialists,” the report was on Monday quoted by The Standard as saying.

The translocation process of the thirteen, which weighs twenty-five tonnes, will involve training the elephants how to walk into their respective crates.

They will then be loaded onto trucks and ferried to Stansted Airport to load onto a plane bound for Mombasa Airport.

NEMA said the elephants will be screened for diseases before the translocation and several times afterwards.

The authority added that some will be fitted with satellite collars for tracking and monitoring.