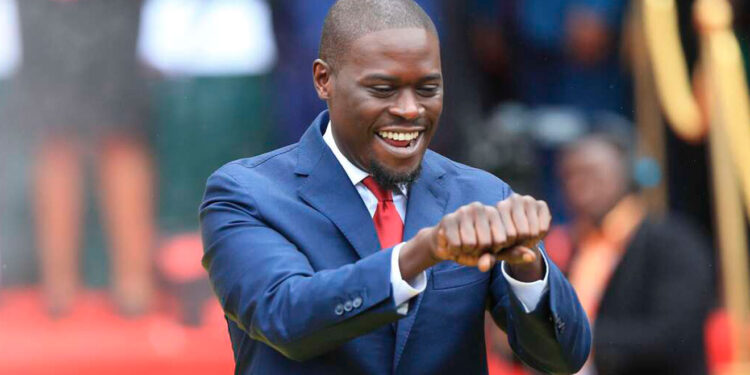 Nairobi Governor Johnson Sakaja took to his social media account to defend the County from public attacks after staff cut down branches of the iconic Acacia tree along Kenyatta Avenue.

According to Sakaja, pruning has been done following the outcry by pedestrians due to the recent Marabou Stork invasion.

Moreover, the Nairobi Governor had initially ordered an internal investigation into the incident.

Furthermore, Sakaja stated that officials from the County Environmental Department have assured him that the tree shall be nurtured.

In addition, the Nairobi Governor reiterated that the County Government will increase the tree cover in the city.

I have been assured that the pruning done after the outcry by pedestrians due to the recent Marabou stork’s invasion was procedural and that the tree shall be nurtured. Again I reiterate, we will increase our tree cover in the city. I was upset as you all but the tree will grow pic.twitter.com/wC7Ax9aJes

Nairobi City residents using the modified walkway along Kenyatta Avenue, leading to the Wabera Street intersection, have had to be careful of a flock of marabou stork birds nesting in the area.

Moreover, pedestrians along the walkway have occasionally had to cope with the embarrassment of having to carry birds’ droppings on their clothes or faces.

Nonetheless, the road projects within the city have chased away flocks of marabou storks, with the hardest hit being those that used to perch and nest on trees along Mombasa Road, especially around Nyayo Stadium.

Moreover, many trees which had grown by the side of the road for years were uprooted to create room for the expanded thoroughfare when construction of the Nairobi Expressway began.

As a result, the marabou storks migrated to the Kenyatta International Convention Centre, which is situated in the heart of the central business district.

However, their stay in the CBD was short-lived after the center’s management pruned all the acacia trees on the property.