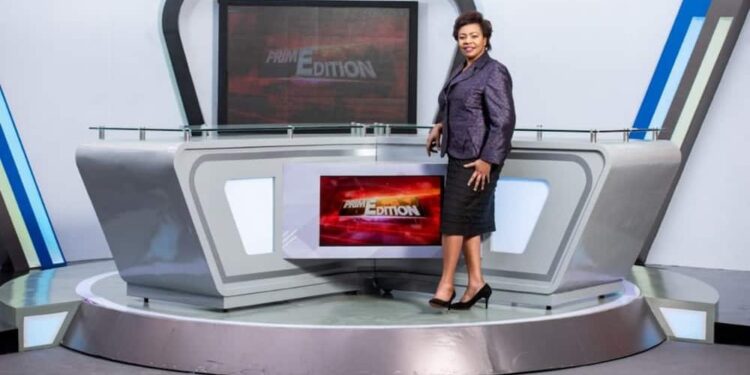 Late Veteran journalist Catherine Kasavuli.She will be buried on Saturday in Vihiga county.Photo/Courtesy

In a tweet, Kioria expressed gratitude to the Head of State for helping offset the bill.

“Great thanks to our President who has waived the hospital bill incurred by my colleague Catherine Kasavuli. May her soul continue to rest in peace,” he wrote.

Great thanks to our President @WilliamsRuto who has waived the hospital bill incurred by my colleague Katherine Kasavuli. May her soul continue to rest in peace. @KBCChannel1 pic.twitter.com/byiX2ivgcO

A fundraising to help offset the bill and aid burial costs was held at the United Kenya Club on Saturday, January 7, 2023.

A requiem mass for the late journalist will be held on Thursday, January 12, 2023, at the Friends International Church along Ngong Road in Nairobi.

On Friday, Kasavuli’s remains will be transported to Vihiga county where the final service will take place at her rural home at Tigoi Primary School on Saturday, January 14.

The late journalist’s burial will take place on the same Saturday at her home in Zululu village.

Kasavuli passed away on December 29, 2022, aged 60 at the Kenyatta National Hospital (KNH) after battling cervical cancer.

She had been admitted at the hospital since October 26, 2022.

The veteran journalist is survived by one son

SRC Says ECD Teacher Salaries to be Reviewed by June