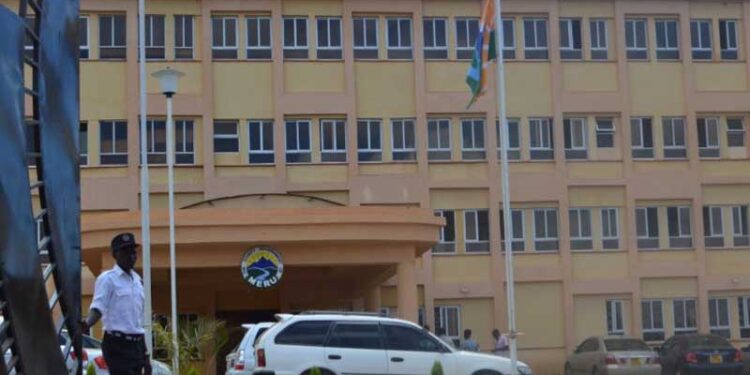 The County Assembly of Meru. Photo/Courtesy

The scuffle between Meru County MCAs and their Governor Kawira Mwangaza has come to an end after a meeting summoned by controller of budget Dr. Margaret Nyakong’o where the leaders were informed that the ward fund is illegal.

Moreover, Governor Mwangaza and the MCAs disagreed over the ward fund allocation.

The MCAs have vowed to concentrate on their constitutional roles of oversight, legislation, and representation. They further noted that they have ironed out their dispute with Governor Mwangaza and they are ready to work within the strict guidelines of the law.

However, the MCAs said that any disputes that may arise should be directly addressed to the county boss and not to them.

“The governor said that she is responsible for identifying projects across the county. We now want to tell the people of Meru that if there’s a bad road, call the governor, if you need a bursary, make a call to the governor,” Meru County Assembly Speaker Ayub Bundi stated.

“The MCAs have been stripped of any power to identify development projects.” He added.

Furthermore, the MCAs have also asked the Governor to present a Supplementary Budget to the Assembly in the shortest time possible to allow immediate implementation of community projects.

Likewise, the Senate Deputy Speaker and Meru Senator Kathuri Murungi welcomed the move adding that the MCAs will now stick to their oversight role.

Egypt Dusts off Pyramids for Fashion, Pop, and Art Shows

Aukot Criticized For Saying Frivolous Suits Should Be Criminalized