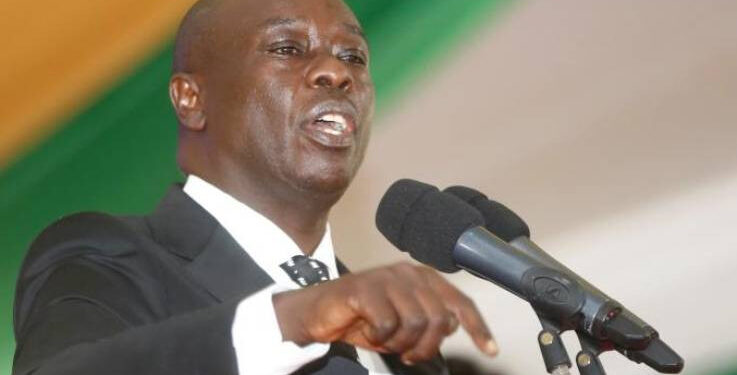 The case was a Ksh.7.4 billion racket involving the deputy president and nine others.

However, Judge Victor Wakumile warned the accused persons that they might be re-arrested over the same charges in future.

Moreover, in his ruling Judge Wakulime blamed DPP for pressing charges on DP Gachagua and his co-accused without conducting conclusive investigations.

“How come DPP seemed to have acted and preferred charges based on inconclusive investigations? One cannot be prompted to infer that he acted under pressure from his junior the DCIO,” reads the ruling in part.

In addition, Judge Wakumile noted that the court may need to make recommendations aimed at improving the criminal justice system to prevent the re-occurrence of such incidences in future.

Furthermore, the prosecution applied for withdrawal of charges on grounds that it would be prejudicial for the case to continue as it is since the evidence tabled in court was insufficient.

The DPP also sought withdrawal of the case under section 87 A of the criminal procedure code – which allows them to arrest and charge the suspects over the same offence once they find new evidence.

Catherine Kasavuli's Message to Kenyans Days After Being Diagnosed with Cancer: "May God Remember You"

Kisumu County: One Police Dead and Two Injured in Gun Shoot out.