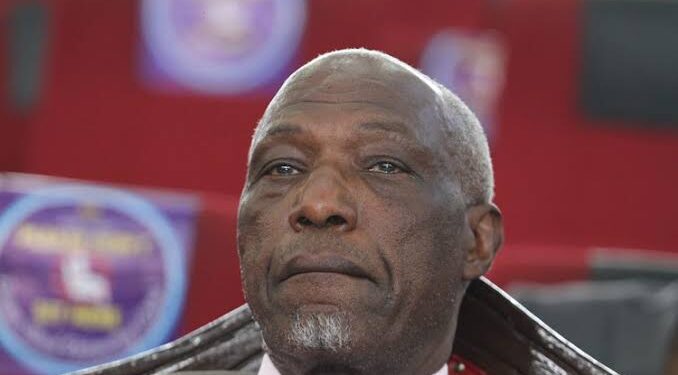 Through a circular written to the institution’s staff on Monday, August 15, the acting Vice Chancellor Prof. Waceke Wanjohi said that the University has written a letter notifying Wainaina, of the dismissal.

“Further to the earlier communication from the Kenyatta University Council, I write to inform you that the Council vide a letter to Prof. Paul K. Wainaina, resolved to summarily dismiss him from service with effect from 5th August 2022,” Waceke wrote in a statement.

Moreover, the acting VC urged the University to remain focused and steer clear of any communications from the dismissed Vice Chancellor.

“Therefore any communication and/or instructions from him are null and void. I therefore request you to remain focused and ensure that the University continues to run smoothly without any disruption,” Waceke stated.

In addition, Wainaina was sacked on July 12, after a standoff between him and the government.

The stand off was  occasioned by a piece of the University’s parcel of land.

However, the Employment and Labour Relations Court ordered his reinstatement on July 27.

“Pending the hearing and determination of this application inter-parties, this honorable court is pleased to issue a temporary order suspending the implementation of the decision contained in the letter dated July 12 by Professor Crispus Kiamba in to suspending, terminating and/or dismissing the petitioner from the Office of the Vice-Chancellor, rendering his position vacant and/or revoking his salary,” Justice Jacob Gateri ruled.

Nonetheless, before Wainaina’s clash with the state, Head of Public Service Joseph Kinyua in two letters dated July 4 and July 7 instructed Prof. Wainaina to give up the title for Kenyatta University LR No. 1102/26 so that the Ministry of Lands and Planning could seize a portion of the land as ordered by the Cabinet.