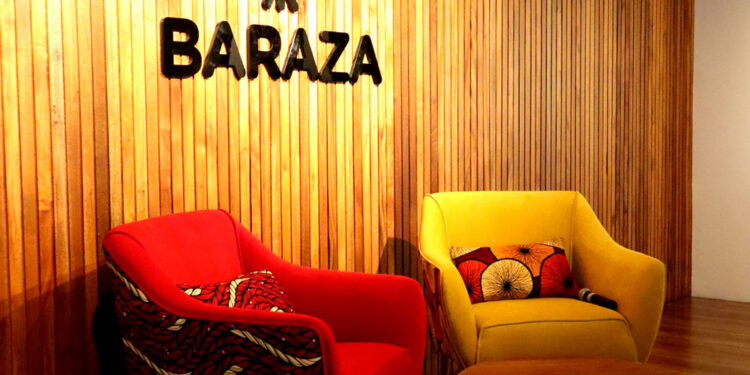 The Museum of British Colonialism, in partnership with African Digital Heritage and Baraza Media Lab will present a multimedia installation of Britain’s ‘villagisation’ programme in colonial Kenya dubbed the “Barbed Wire Village” at the media hub on Friday.

The Museum of British Colonialism is a volunteer collective that was started in 2018 with an objective of researching the physical remains of one of colonial-era villages and the experiences of those who were forcibly resettled, dominated and forced into slave labor.

The event is part of their ongoing efforts to document and make more accessible the history of detention and “villagisation” in Kenya during the emergency period of the early 1950s.

This will be the first interaction with a multi-media installation that sheds light on an often-overlooked aspect of the Mau Mau Emergency and the colonial legacy in general.

The organisation will endeavor to share material from their fieldwork trips as well as digital reconstructions of a colonial village.

Moreover, they have put together a panel of scholars, grassroots activists, and artists to collectively explore and interrogate the impact of colonial history on present-day Kenya.

The Museum of British Colonialism is a network and platform that facilitates global conversations about British colonialism and its legacies.

They are keen on making visible suppressed and marginalised histories and elevate underrepresented voices in order to challenge damaging myths. We are a transnational, anti-racist and anti-colonial organisation.

Furthermore, they challenge traditional assumptions of what a ‘museum’ is and does. According to their official website, they do not hold a physical collection.

Instead, they create, share, and act as a repository for digital resources that highlight lived experiences of British colonialism.

In doing so, they are seeking to be truly accessible to all.

Baraza Media Lab, on the other hand, is a co-creation hub that serves as a beacon for “leading thinkers” to experiment, problem-solve, learn, and incubate new models of telling stories.

They are keen on providing the space and resources needed to enable media practitioners and entrepreneurs to “collaborate, innovate and drive the growth and capacity of independent media in Africa”.

John Ouma is a National Correspondent and Reporter at The Kenya Times, with interests in Investigative Journalism as well.