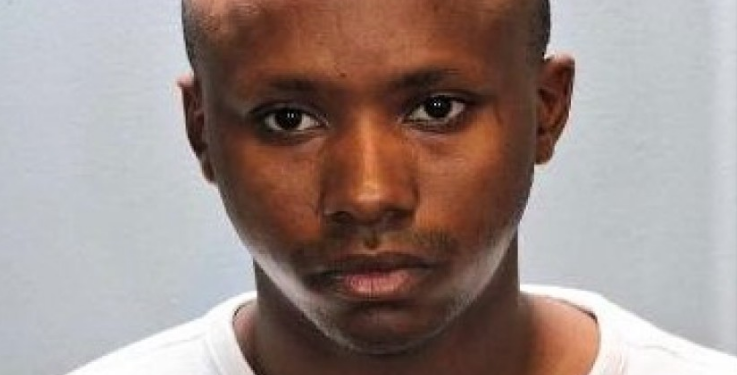 Stewart Leacky Waithanji, a 28-year-old Kenyan, resident of Costa Mesa, California has been arrested on suspicion of murder following a DUI hit-and-run collision on Newport Boulevard Saturday that caused the death of a 74-year-old Newport Beach resident.

The Orange County district attorney’s office confirmed the identity of the deceased as 74-yr old Richard Frost, who succumbed to severe injuries from the crash.

Mr. Waithanji who has had a long history of drunk driving, was driving with a female passenger when the incident occurred. Prosecutors have not filed charges against the female passenger at this point.

He is currently facing one count of felony murder, along with two felony charges of driving under the influence of alcohol and two misdemeanor charges related to property damage caused during the collision.

Charges
The charges stem from an incident that took place on a Saturday at around 4 p.m. on Newport Boulevard, south of 17th Street, Costa Mesa police spokeswoman Roxi Fyad confirmed on  Tuesday.

Waithanji was then driving with a female passenger when they collided with another vehicle. The driver of that vehicle — identified Tuesday by the Orange County district attorney’s office as Richard Frost, 74, of Newport Beach — died from injuries sustained during the collision.

Fyad said the passenger in Waithanji’s vehicle was arrested by Costa Mesa police on suspicion of being an accessory to a crime, but the D.A.’s office has not yet filed charges against her.

In a criminal complaint filed Tuesday, prosecutors maintained Waithanji had committed three separate violations of willful or wanton disregard for people’s safety in a 10-year period.

On Sept. 27, 2019, he was reportedly arrested for stealing a vehicle and was accused of felony vandalism causing damage of $400 or more during what Edds described as a hit-and-run incident.

Waithanji is also facing misdemeanor charges from a second hit-and-run incident Edds said occurred on Oct. 12, 2019. He is accused of driving under the influence, having a blood-alcohol level above the legal limit and causing property damage.

Edds said those two cases were still pending and, as such, do not count as prior convictions.

“A 74-year-old man was left for dead in the middle of the street, tossed aside as if he never mattered, because of the selfish decision of a stranger to get behind the wheel while intoxicated,” Spitzer said.

“His life may not have mattered to the driver who left him for dead, but it matters to me and it matters to the Orange County District Attorney’s Office,” he continued. “And we will fight for justice for him and everyone who loved him.”

Inmate records maintained by the Orange County Sheriff’s Office indicate Waithanji, whose occupation is listed as “server,” was being held at the Intake Release Center in Santa Ana on $1 million bail.

Ngatia Tells JSC not to discriminate him for being Uhuru's Lawyer

I Am Ready To Serve As National Treasury CS: Wycliffe Oparanya